In line with its vision of ‘Stronger Together’, ZEE5 Global, has over the last year been steadily investing in creating local Bangla content with leading directors like Abrar Athar, Tanim Noor, Krishnendu Chattopadhyay, Anam Biswas and others, featuring much loved artistes like Afran Nisho, Chanchal Chowdhury, Arifin Shuvoo, Pritom Hasan, Shamol Mawla, Mithila, Bidya Sinha Mim, Zakia Bari Mamo amongst others to delight audiences not only in Bangladesh but across the globe.

In yet another milestone, ZEE5 has now announced the release of its very first full-length feature film and fourth Bangla Original, a romantic comedy web film – Jodi Kintu Tobuo at a virtual press conference on Tuesday. The announcement was made by Archana Anand, Chief Business Officer of ZEE5 Global, who also shared an exclusive look at the latest trailer of the movie. 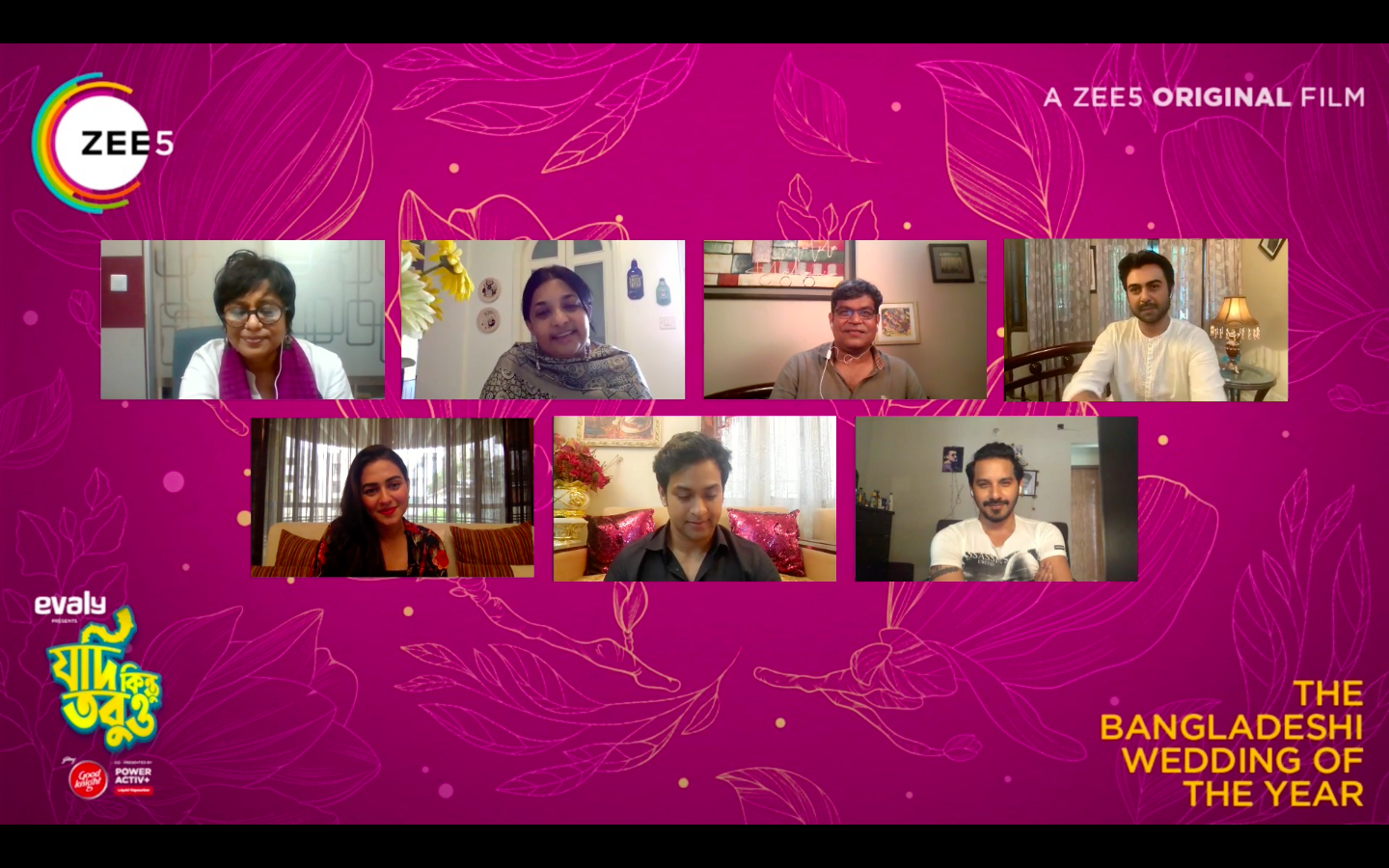 Archana Anand, Chief Business Officer, ZEE5 Global said “In 2020, we announced a pipeline of new content that we would launch in Bangladesh on ZEE5. Local stories that would be locally created with local talent for not only audiences in Bangladesh but around the globe. And all the Originals we have launched – Mainkar Chipay, WTFry and Contract have gone on to win audiences across countries.

“Today I’m very happy to announce our fourth Bangla Original, Jodi Kintu Tobuo, which is also our very first full-length feature film. This light-hearted romantic comedy directed by Shihab Shaheen and bringing together some of the top talent of Bangladesh is a rich addition to our content bouquet, and I’m sure it will win hearts across Bangladesh and the rest of the globe,” Anand added.

The online event also saw the star-studded cast of the film – Ziaul Faruq Apurba, Nusraat Faria, Imtu Ratish and Amaan Reza and the director Shihab Shaheen coming together to share their experiences of working on the film, and to talk about what makes the film the “Bangladeshi Wedding of the Year.”

Jodi Kintu Tobuo, directed by national award-winning director Shihab Shaheen, follows the love story of an urban couple – Abir and Preety, who experience a roller coaster of emotions and complex situations to realise their love for each other. The film will see Apurba and Faria being paired together for the first time as an on-screen couple, next to notable actors from the Dhallywood film fraternity including Tariq Anam Khan, Saberi Alam, Naziba Bashar, Imtu Ratish and Amaan Reza.

The movie will be streaming on ZEE5 from April 1st, 2021 and like the other Bangla Originals, will be free to watch for audiences in Bangladesh.

Shihab Shaheen, Director, said, “Jodi Kintu Tobuo is a classic mix of romance, comedy and drama, and we couldn’t have featured a better couple than Apurba and Faria to bring it to life. It’s been a pleasure to work with ZEE5 and I’m very happy that our work can be appreciated by not just the local audience here in Bangladesh, but also Bangladeshis living abroad and other audiences. We really hope people have as much fun watching it as we did making it.”