Indian heritage is diverse, deep, and unexplored. In its quest to unearth the brilliance of the Indian culture, Zee Live saw the third edition of its unique festival, Arth – A Culture Fest, culminate on a resounding note. The festival brought together experts from all segments of India’s cultural landscape to offer their knowledge about the motherland’s rich and timeless culture, heritage, and legacy. Owing to the current circumstances, the event took place on a virtual platform and was live-streamed on the Facebook and YouTube channels, Zee News and Arth – A Culture Fest.

The first day kicked off with the inaugural and keynote address by Shri Subhash Chandra, Member of Parliament, Rajya Sabha and Chairman, Essel Group. Following the address, Sri Sri Ravishankar graced the event by shedding light on spirituality during the pandemic and what India has to offer in a conversation with Vasanthi Hariprakash.

Keeping in tune with Indian culture, the next session by Uday S. Kulkarni in conversation with Amit Paranjape took the audience on a historical tour of the 18th Century Maratha Epoch. Lok Sangeet ke Vivadh Aayama by Malini Awasthi in conversation with Yatindra Mishra and Musings with the Maestro with Pandit Birju Maharaj in conversation with Saswati Sen highlighted the intrinsic role music plays in the Indian way of life.

Adding another flavour of musical spice to the festival were the musical renditions by Bhuvanesh Komkali and Sudha Raghuraman, in Do Jugalbandis Really Work?

When talking about the Indian culture, one cannot forget the love for cinema and representing this vital aspect was the acclaimed director Rakeysh Omprakash Mehra conversing with Aditi Awasthi on the art of storytelling in Indian Cinema. On the political front of Indian cinema, a lot was also spoken about political biographies and their sustenance in the industry by panellist members Dhaval Kulkarni, Gautam Chintamani and Ramesh Kandulain a discussion that was moderated by Abhinav Prakash.

In addition to the debate, an exclusive insight by Prasenjit K. Basu on Netaji and INA’s vital role in Asia’s rebirth also garnered attention for its unique concept and role in shaping the Indian culture.

Moving to a current scenario, India’s very own COVID warrior Sonu Sood talked about his adventures and journey, where he helped daily wage labourers and other affected sections of the society during the pandemic, to Milee Ashwarya. This was followed by a discussion on the role of the opposition that saw Salman Khurshid in conversation with Rasheed Kidwai.

The final events of the day comprised of Sudha Murthy discussing in-depth The Joys of Storytelling in a Difficult World with Vasanthi Hariprakash. Abby V and Kaushiki Chakraborty talking about reintroducing classics with moderator Vikram Sampathand the Representation of India in the Foreign Media by panellists Amy Kazmin, Anuraag Saxena, Arijit Ghosh, R. Jagannathan, and Smita Prakashthat was moderated by Vasanthi Hariprakash.

The second day of the Arth festival started with a discussion on Redefining The ‘Center’ in Indian politics by Milind Deora with Hindol Sengupta followed by a discussion on the Vajpayee legacy by Shakti Sinha. The day also witnessed an interesting discussion on India’s unique response to the pandemic by panellist members Dr. Chandrakant Lahariya, Dr.Gagandeep Kang, and Dr. Randeep Guleria that was moderated by Dr. Anand Ranganathan. Diving into the deep Indian cinema culture were the panellist members Ani. I. V. Sasi, Sameer Vidwans, and Sayani Datta, in conversation with Gautam Chintamani.

Following this in a thought-provoking discussion, Shri Nitin Gadkarispoke at length about the Indian culture and heritage with Sudhir Chaudhary. The conversation continued in the form of a panel discussion on the Vision of India for the future by Amrita Narlikar, Gautam Chikermane, Harsh Gupta Madhusudan and Rajeev Mantri moderated by Palki Sharma.

The explosive discussion was followed by a conversation between Bhawana Somaaya and Shubhrastha about Exploring a new dimension of PM Modi. Emphasizing the effect that the covid has had on the Indian economy and our path to recovery was Shri Piyush Goyal with RajatSethi.

Adding to the cultural dive, the festival saw interesting conversation with Ustad Amjad Ali Khanin the panel A Life in Music: Reminiscences of a Master, followed by an in-depth discussion between Anupama Kylash and Madhu Natraj on Naayika Bhaav: Dimensions & Dynamics.

Taking the conversation ahead on the Indian cinema and its history were Ashutosh Gowariker and Kaveree Bamzai at the panel History, Myth and Making Movies. Following this was the panel, Stories of Our Past Retold For Our Future with Deepak Ramola and Karuna Ezara Parikh.

Subhash Chandra, Member of Parliament, Rajya Sabha and Chairman, Essel Group in his keynote address said, “Arth, over a period of time has become a centre place to celebrate the Indian culture, civilisation, and art. It is becoming a meeting place for everyone who is interested in knowing about their roots.

“As someone said, ‘a man who doesn’t know his culture, and his past is like a tree without the roots’. Similarly, there has been and there still is a lot of confusion in the minds of the youth about our culture and if they are better off imitating the culture of the West.

The last one year has been unfortunate as the pandemic has given a lot of grief to the entire society. But, it has also given us a time to think, reflect and learn about our culture,” Chandra said. 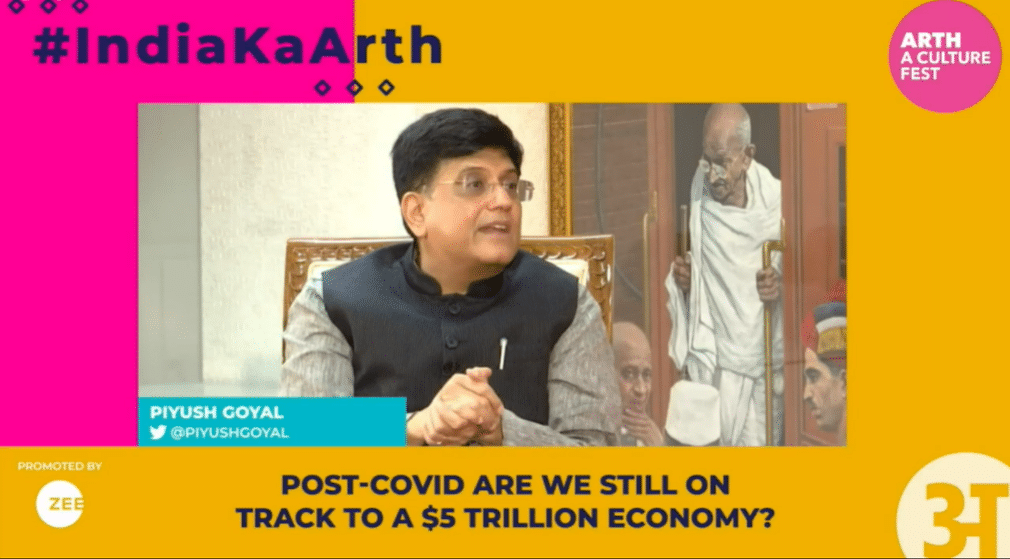 “I think the Zee Network is doing a wonderful service to the nation in connecting the dots and including the economy within those dots.  Clearly, COVID-19 is a force majeure situation which brought with it huge challenges for the economy, but the good part is that the Hon’ble Prime Minister was on top of the entire situation,” Goyal said. 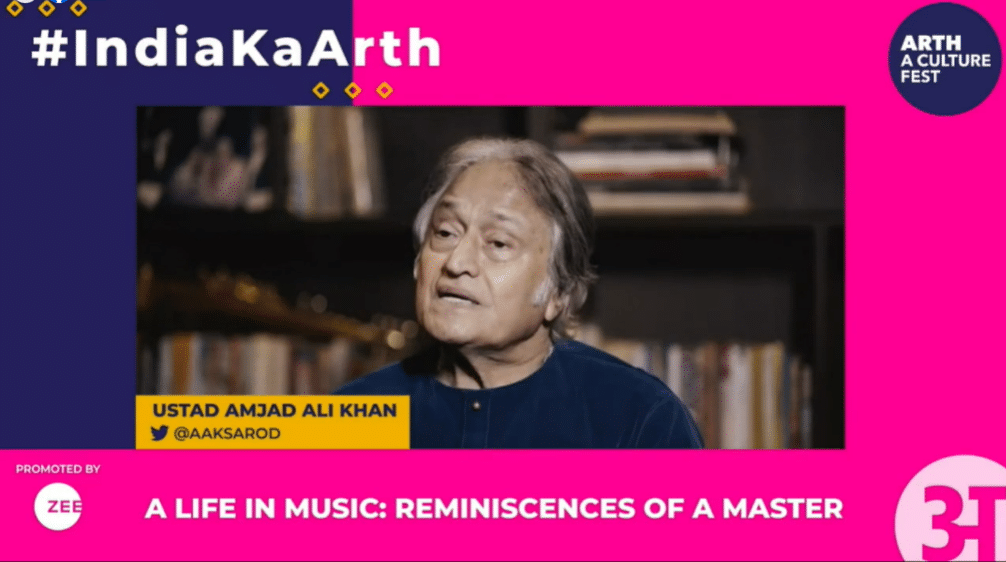 Ustad Amjad Ali Khan, veteran sarod player, said, “With modernization and a new generation taking over, musical genres too are reinventing. It is commendable that a platform like Arth – A Culture Fest is bringing it into the mainstream conversation and is being a custodian to this heritage. I am glad that I got the chance to share my experiences and was able to give my bit.

Ashutosh Gowariker, Indian film director, said, “It is heartening to witness a space like Arth – A Culture Fest, being created where we can discuss everything that represents India. Right from our cinemas, music to the political landscape of our country. I am delighted to be a part of this iconic festival and wish the ARTH team all the best for their every attempt to REDISCOVER, REVISIT and RECONNECT. 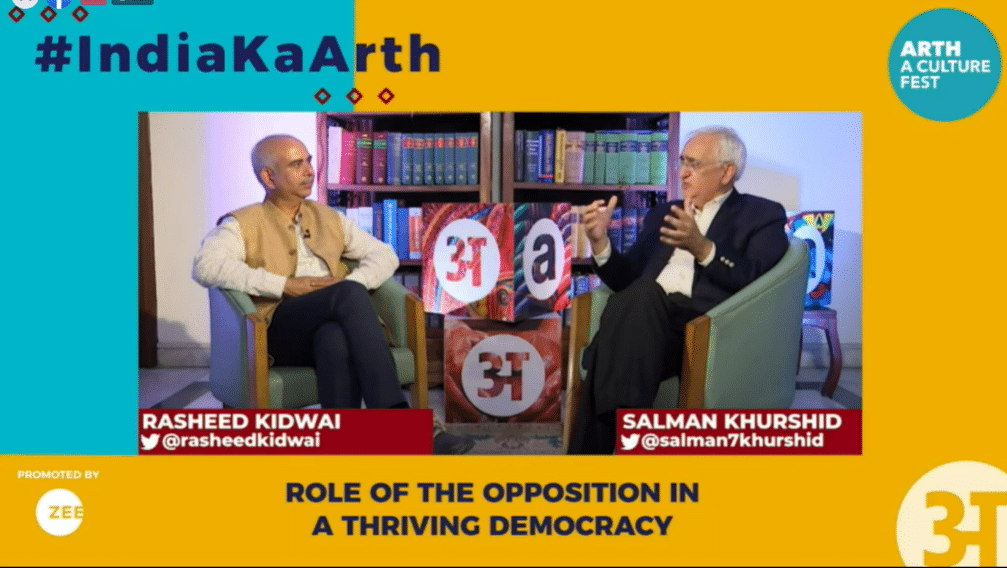 Salman Khurshid – Indian politician, designated senior advocate, eminent author and a law teacher, said “I am a firm believer of the fact that solutions require pragmatism & dialogue. Arth- A Culture Fest is a platform that highlights important issues and brings experts together who work in tandem for resolutions. I am glad to be a part of the cultural festival and hope that this conversation keeps on growing and reaches more people across the country.”

Sonu Sood,  Actor, said, “The uncertainty of the pandemic has altered the course of life for everyone. It has resulted in many being rendered jobless. This was especially true for wage workers who relied on continuous daily work to be able to fend for their families. Witnessing the severity of the situation made me realize that we as individuals should do as much as possible to help. I would also like to thank the organizers of Arth- A Culture Fest for bringing forth the discussion on Covid and having me on board.”

Sudha Murty – Chairperson of the Infosys Foundation, said, “A lot has changed over the years, especially with the recent pandemic. It is important that we discuss the future of the socio-cultural landscape of the country while preserving the ancient knowledge. I believe Arth- A Cultural Fest offers a magnanimous opportunity to bring forth discussions and ideas pertaining to India and its heritage and I was glad to be a part of the same.”

Urging the youth to make a difference for the better, Tehseen Poonawalla, Entrepreneur, activist, political analyst and co-anchor of ‘Bhai vs Bhai’, “India is a diverse country with different points of views and I applaud platforms like Arth that celebrate these differences and allow people to express their points of views. Ultimately in a democracy we must speak to one nother and understand each other”. 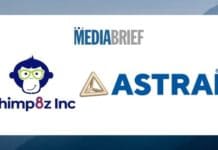 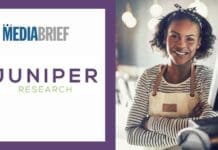 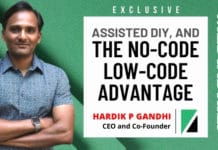 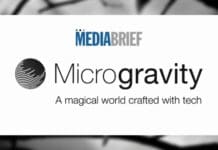 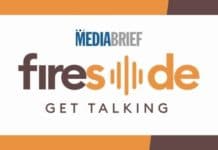 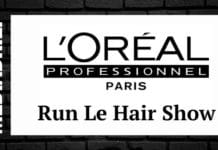