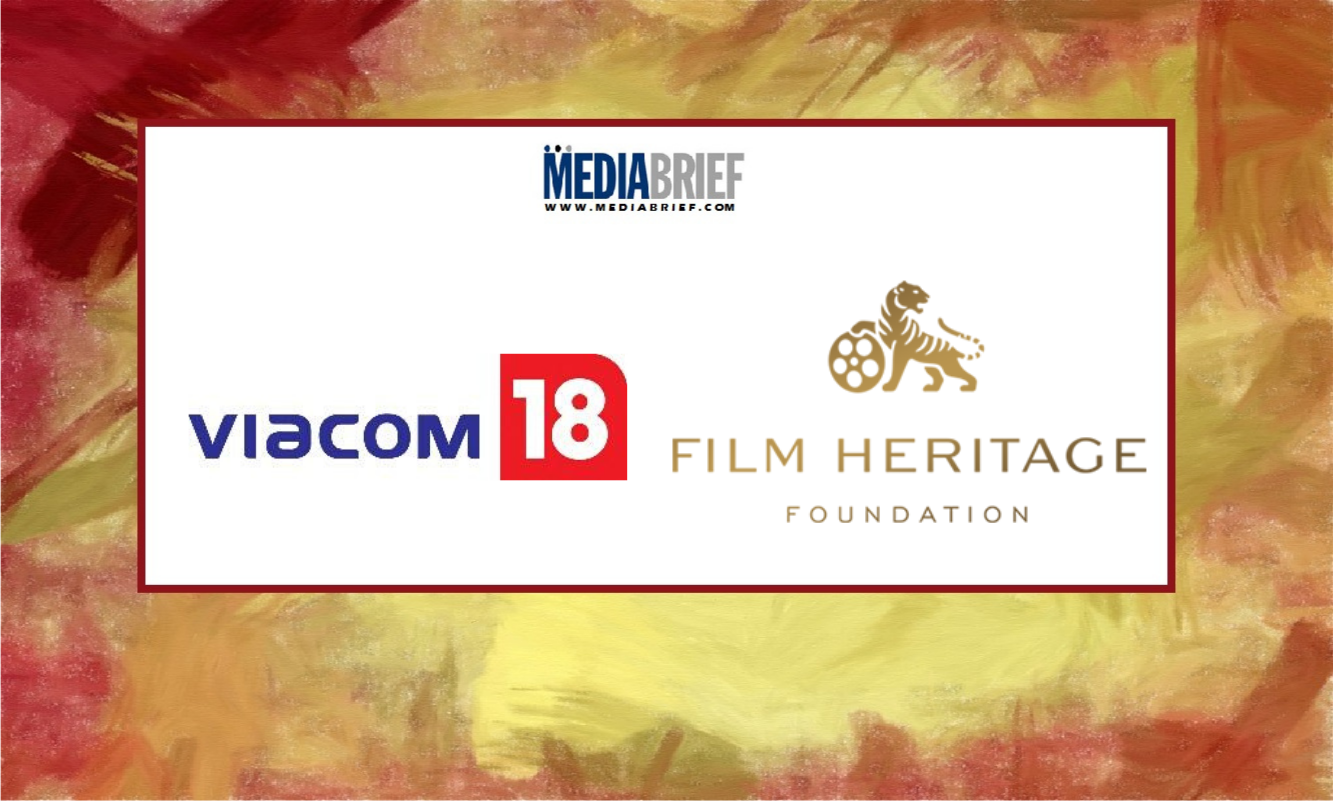 With sustained efforts to preserve India’s cinematic heritage, the 5th edition of the Film Preservation & Restoration Workshop India (FPRWI) 2019 was inaugurated today at Hyderabad’s State Gallery of Art. Supported by Viacom18, this initiative of the Film Heritage Foundation (FHF) and International Federation of Film Archives (FIAF) in collaboration with Annapurna Studios is being held from 8th to 15th December 2019 in Hyderabad. 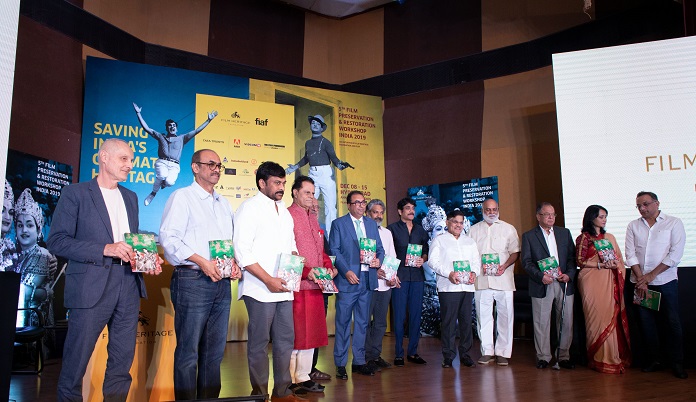 Shivendra Singh Dungarpur, Founder & Director of Film Heritage Foundation, spoke about the foundation’s preservation, education and outreach initiatives devoted to save the moving image heritage in India and the subcontinent.  Also present at the opening were David Walsh, Training and Outreach Coordinator, FIAF and eminent members of the international faculty.

Dr. Nora Kennedy, Sherman Fairchild Conservator in Charge of the Department of Photograph Conservation, The Metropolitan Museum of Art, New York was conferred with the Film Heritage Foundation Outstanding Achievement Award and Dr. Ray Edmondson, founder of the National Film and Sound Archive of Australia was given the Lifetime Achievement Award during the ceremony.

Commenting on bringing the workshop to Hyderabad this year, Shivendra Singh Dungarpur, Founder & Director, Film Heritage Foundation, said, “Over the last four years, we’ve been the Pied Pipers of film heritage drawing over 200 conservators, librarians, film scholars, academics, cinematographers, editors, colourists and technicians into our fold, eager to learn to save remarkable film patrimonies from our part of the world and showcase the richness and diversity of a heritage that has been lying dormant and forgotten for decades. And this number will cross the 270 marks this year. We are now ready to consolidate and build the country’s first world-class Centre of the Moving Image, an institution devoted to the art of film and we hope that we can count on the support of the film industry, the government and the public to make our vision a reality.”

Speaking on the association with this initiative, Sudhanshu Vats, Group CEO and MD, Viacom18, said, “India is a country of storytellers and the oldest stories in the world originate from here. Over the years, our cinema has portrayed the culture and heritage of India. At Viacom18, we realize the importance of preserving these stories that form a part of the Indian culture for the benefit of our future generations. As India’s foremost storytellers, we connect deeply with this ethos and our support to Film Heritage Foundation is a conflux of this shared sentiment. The Film Preservation & Restoration Workshop is a step in that direction and we at Viacom18 are proud to be associated with this initiative.”

Guest of Honour, Shyam Benegal, said, “I grew up in Trimulgherry, a suburb of Secunderabad, which had a sizeable military presence of both Indian and British army units before India became Independent. There were three cinemas in the cantonment area.  Of the three, the Garrison Cinema was in our neighbourhood. Shows on weekdays consisted of Indian language films – Hindi, Marathi, Telugu, Tamil, and Malayalam. Weekend screenings were reserved for English language Hollywood films.

The result was that I saw practically every film shown at the Garrison Cinema during my growing up years.  It is obvious that my ambition to become a filmmaker germinated during that time. Films are an integral part of our lives and archiving films is a way of preserving our visual history, our heritage, and our memories. This is why Film Heritage Foundation’s commitment to training film archivists is important not only to preserve Indian cinema but also to the audio-visual history of our country for posterity.”

Chiranjeevi, who also graced the occasion as the Guest of Honour, added, “Film Heritage Foundation is not just saving physical reels of film, but also our life’s work as well as the memories of the thousands of people who saw and loved our films and the films that the giants of our previous generations have produced. The Foundation’s work will ensure that future generations can watch and appreciate our films and remember us and the craze for films that we saw in our time.”

Nagarjuna Akkineni, one of the most revered actors of the Telegu Film Industry said, “Here at Annapurna Studios we have created a museum just for the countless awards my father won in his lifetime. When you look back on the incredible films he made – “Laila Majnu”, “Devadasu”, “Missamma”, “Mayabazar”, “Batasari”, “Premabhishekham” it is a magnificent body of work that we must keep alive for future generations to appreciate the work of a truly legendary actor of Indian cinema.”

Commenting on the inauguration, eminent film director and screenwriter, S.S. Rajamouli, said, “I was very impressed to hear that Film Heritage Foundation has taken up the challenge to preserve every element that makes up the fabric of our cinematic heritage from reels of film to cameras, posters, lobby cards, scripts, etc. They have also developed a superb training program in film preservation and have been conducting these workshops around the country over the last few years to develop a local resource of future film archivists. But they cannot do this alone. The film industry, the government, and the public must come forward to support this noble cause in any way that we can to save our films for posterity. “

Veteran actress Jamuna J who was also present at the Opening Ceremony said, “I have acted in close to 200 films in my career not just in Telugu, but in Kannada, Tamil, and Hindi. I have received innumerable awards for my work that line the walls of my home and I have photo albums and newspaper articles that capture the richness of my life in cinema, but I don’t know what will happen to all this that I have painstakingly collected over the years to record my life on the silver screen.

It upsets me to see the poor quality versions of my films that are available today. I think the Telugu film industry has been very neglectful of their heritage. I have been interacting with the Film Heritage Foundation and I am glad that they thought of bringing their film preservation workshop to Hyderabad, the heart of the Telugu film industry. I hope that this workshop will be a wake-up call to the industry that we need to preserve our films.”

Respected Film Producer Daggubati Suresh Babu added, “I was very pleased to hear about the work that Film Heritage Foundation has been doing as I know the importance of preserving the work of my father and other pioneers like him. But unlike them, we need to think ahead and have a preservation plan in place for all the films that we continue to produce. As a film industry, we must support Film Heritage Foundation’s efforts as it is in our interest to preserve our work so that it can face the challenges of obsolescence and the relentless march of technology in the digital era that we live in.”

The week-long intensive program certified by FIAF will train a total of 80 students from India, Nepal, Bhutan, Bangladesh Sri Lanka, and Afghanistan. Participants will be trained in processes to preserve, archive and restore both celluloid and digital films and film-related paper and photographic materials. Global experts like Dr. Ray Edmondson – legendary film archivist and founder of the National Film and Sound Archive of Australia, Robert Byrne – President of the San Francisco Silent Film Festival, Dr. Adelheid Heftberger – Head of Film Access, Bundesarchiv, German Federal Archive, Dawn Jaros – Head of Library Conservation, Margaret Herrick Library, Academy of Motion Picture Arts & Science, Marianna de Sanctis, Head of Film Repair, L’Immagine Ritrovata among others, will be a part of the esteemed faculty of the workshop.

The 5th edition, for the first time, will welcome 12 film archivists and film technicians from the Presidential Palace ARG Archive and the Afghan Film Organization including Dr. Sahraa Karimi, Director General of the Afghan Film Organization, who were responsible for saving their films from destruction under the Taliban regime. Practical sessions in chemical treatment of film in serious condition will also be introduced in FPRWI 2019. Additionally, practical sessions with the latest and world-class ARRISCAN XT will give participants hands-on training on scanning archival film. 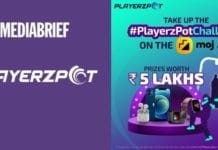 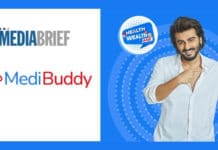 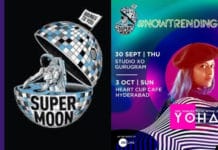 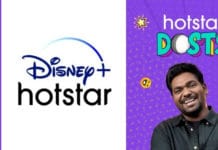 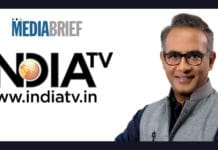 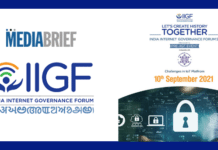