Kailashnath Adhikari, dynamic young head of Governance Now and a young leader at the Adhikari Brothers Network, caught up with
Vallabh Bhanshali, one of India’s most respected finance thespians and co-Founder of the illustrious  ENAM Group, and someone who is equally respected for his visionary initiatives in the service of society and the Nation – one such being the Desh Apnayen Sahayog Foundation and its significant ACTIZEN  contest that rolled out across schools all over India last year.

Bhanshali was guest of honour on Adhikari’s Visionary Talks With Governance Now series, and we bring you from that excellent, exciting and inspiring conversation, several noteworthy insights.

We are delighted to feature Bhanshali’s thoughts in our prestigious LEADERBRIEF section. What follows is an edited version from  his conversation with Adhikari, and we have also brought you the entire video for your viewing and inspiration from a deep dive into a visionary, trailblazing mind driven by love for the Nation, and for inspiring and igniting those young minds that he believes can take India to great heights: its  school-going children.

A couple of sources… One general understanding is that it is our response to circumstances that decides our destiny and happiness. It’s not the circumstances and therefore you know whatever happened to us for hundreds of years after independence,  it was up to us how to respond to a situation and do better.

The second is, of course, you know as you travel around the world, you find the laws are not dramatically different, the compliance is very different. And the compliance is not a matter of iron law or military dog. It’s a social attitude. So, I think this inculcation of social of civic values in our country somehow was completely given a go-by.

After independence, we had a great opportunity to instill a fervent sense of you civic responsibility, participation in nation building. Independence was not just a one-time event. It is continuous; the democracy has to define itself all the time, and when I read into political history, we got this idea that we need to take civic education — understanding of participation in democracy —  to another level.

I will give you one example. During the ongoing COVID, we saw two sets of citizens. We saw some citizens come out and help whosoever they could in whatever manner, with food with help with transportation… and then you saw another set of citizens who were ready to even pelt stones at health workers, create all kinds of difficulties like not wearing a mask. You become the enemy of society by not complying with the cause. So there’s a perfect example of what sort of society you want to create.

Absolutely, I mean as you rightly said we saw both sections of the society, and that pained me. There was a news article in Kerala — there was a car carrying our COVID warriors, our doctors, and people tried to pelt stones on them, spit on them! It was very disturbing and I believe that in such times, such initiatives like the ones which are undertaken by you, actually foster the spirit that it is our country and it’s upon the citizens to actually recognize that. The Desh Apnayen initiative inculcates some aspects of citizenship education amongst students in schools, where civics is a part of their regular curriculum too. So how does your Desh Apnayen initiative complement it?

Very very effectively. For example textbooks tend to be textbook-ish, though the trend is that you know they want to bring in more experiential elements but there’s always a limitation. All the activities that we put out with the help of our expert (Desh Apnayen) team, are experiential and they’re very interesting. Students have to solve practical problems. The team creates inter-state, inter-school competitions, and so the level of engagement is very different.

Secondly, we create a whole annual calendar of activities which allows teachers to prepare in advance. They don’t have time to think of innovative ideas for every single event in the school or you know what we call days of national importance so we have a whole roster of activities for students to immerse themselves in, and bring out the values that we want.

if the world has to move forward, we need a more alert citizenry – Vallabh Bhanshali

We have set out three values that we describe as being alert, being informed, and being active. You’ll find it very interesting that if you were to look at global problems, you would find some listings mentioning almost these words;  that if the world has to move forward, we need a more alert citizenry in the world. So I was stunned to see how many people identify this problem. We’ve decided to do this and we know we’re getting a good response to it.

Indeed, I believe alert citizens provide a bedrock to not only their own bright future, but also a strong foundation and support to society. So, how has the response been so far? I mean it’s quite some time since the Desh Apnayen initiative has been launched in schools, amongst students of classes five to nine.

So I’d just like to complete what you started to say about alert citizens. It is not only alert citizens, it’s alert, informed, and active citizens. Most citizens are not alert; if they’re alert, they’re not informed correctly, and they’re not active,  so we need to be all three.  So, I think that the response has been very encouraging.

New initiatives of this kind take some time to be noticed. And I think now we have hundreds of schools that are partnering. We have sometimes 100 and sometimes 50 new schools which come and join our activities.

We have also opened up our activities from outside; they were restricted to partners, now we opened the activities to all kinds of schools, so we’re getting a lot of response from them and I will give you an example of how our competitions and the contests are interesting.

And the students have come up with a wonderful activity; their understanding of India was completely different…  instead of just looking at India,  when you compare it with two countries, you understand the factors that go into achievement and progress and all. So, the student starts becoming a leader right at a young age.

We have given them programs to impact their community and some of the schools have done absolutely wonderfully, changing the whole environment around the school. So, this is how we are seeing a very very interesting response. It is going through their parents and the community around them. So, day by day, this is growing very well

Absolutely wonderful Sir. Can you also explain how your particular initiative of Desh Apnayen is different from any similar programs run by or in schools? I mean what is the uniqueness?

So, we’re not about, you know, protest against the Government etcetera. We are all about working with the Government all the time. So, we have created a niche area where we want the students and all the participants to feel safe, not to push things too far but not to give up at all.

So after we’ve started, we’ve seen a lot more of this concept of activist citizenship come up instead of, you know, saving rights and civic liberties, and protesting and activists, so we’re not encouraging our followers or you know we are encouraging citizens to become activists but to become active citizens working with the Government.

To give you an example, in COVID, I am a part of a whole group. You know a part of another NGO called BJS and its leadership. The amount of work we have done for poverty is unmatched in this country.

Today, because we decided to work with the Government with  municipal corporations etcetera, we are working in 58 cities. We have helped more than 18 lakh patients, we have saved thousands of lives… Today, we’re signing an MOU with the Governments to collect plasma from five thousand donors. You can imagine what an impact that  will have on livestream.

And now the entire crux being moving towards mission zero… and such a noble initiative, helping out in times of such a crisis. Sir, what has been the reach so far? How many schools have joined, and do you also plan to extend this part of the curriculum to colleges where there are more mature students in terms of age?

Indeed. Our idea is to create stable partnerships. The school is, you know, permanent — we get five… six… seven years with the students, and now we find more senior students also participate, so for colleges also, we’re designing where we can create individual partnerships.

A college may not be an appropriate institutional partners, but it gives us access to students, their adults, and then we are designing programs where students, college students,  will become a  volunteer for us for a long time.

citizenship,  voluntarism and neighborhood are the core principles that guide us –
Vallabh Bhanshali

We hope to roll those out very soon. And they can you can guide schools. Our idea also is that if we all adopt, we have three principles – citizenship,  voluntarism and neighborhood. So, we want to bring in college students to work on neighborhood. All neighborhoods put together make the nation, but it’s a very tiny morsel which we can all take up, so we’re working on that program. 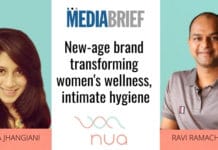 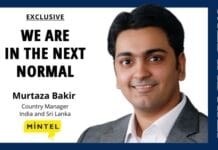 EXCLUSIVE | Murtaza Bakir, Mintel: We are in the Next Normal 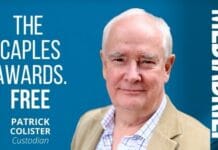 Patrick Collister of The Caples Awards on a new idea in advertising awards shows: Free. 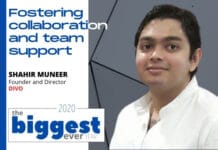 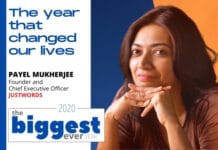 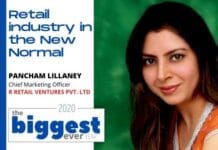