Twitter India has launched a dedicated emoji to mark the silver anniversary of one of Indian cinema’s most iconic love stories of all time, Yash Raj Films’ Dilwale Dulhania Le Jayenge (DDLJ).

Leading actors of the film, Shah Rukh Khan (@iamsrk) and Kajol (@itsKajolD), sent out a Tweet using this DDLJ emoji, which can be activated by #DDLJ, #DDLJ25,  #25YearsOfDDLJ,  #DilwaleDulhaniaLeJayenge and #डीडीएलजे.

I am truly grateful to all the people who made it what it is today.. a phenomenon and a part of their own history. The fans! Big shoutout to all of you♥️#25YearsOfDDLJ @yrf@iamsrk #AdityaChopra pic.twitter.com/ikkKFef6F1

Cast members, including Shah Rukh Khan and Kajol, also changed their Twitter names and display pictures to reflect their characters in the film.

Written and directed by debutant Aditya Chopra, DDLJ shattered all box office records and is one of the biggest all-time blockbusters in the history of Hindi cinema.

DDLJ went on to win every conceivable award it deserved, including the National Award for the Best Film for providing Popular and Wholesome Entertainment and holds the unbroken record for the longest-running Hindi film of all time! 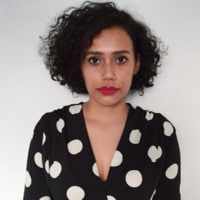 Cheryl-Ann Couto, Partnerships Manager at Twitter India, said, “Twitter has been home to entertainment conversations for the longest time, delivering immersive and fun experiences. Fans turn to Twitter for three reasons – to get their entertainment news first, to enhance their viewing experience and to feel more connected with their favourite talent.

“Today, we are excited to celebrate one of the most iconic Indian romances, DDLJ, with the movie’s innumerable fans on the service. With the new custom #DDLJ25 emoji, we hope to light up timelines with Tweets about this classic,” Couto said.

Having made a mark in the hearts of romantics not just in India, but across the world, there have been many conversations on Twitter to celebrate DDLJ through the years. Be it about the unforgettable catching-the-train scene, Raj’s heart-melting “Palat!” dialogue or Bauji’s famous and quotable permission “Jaa Simran jaa… jee le apni zindagi”.

“We’re grateful and humbled with the volume of conversations around #DDLJ25 and through this special emoji being launched on this momentous occasion, we just wanted to gratify all our DDLJ fans worldwide by adding a little delight to their Twitter timeline. It’s just our small way to say ‘Thanks’ for their unconditional love, over the years,” Gurnani said.

As a special surprise for fans on the completion of 25 years of the film’s release, YRF (@yrf) will be hosting a DDLJ watchparty on 20th October at 19:00 IST #OnlyOnTwitter giving people a chance to relive their favourite love story, all over again…