TV9 Network is sharpening its focus on topline growth. Close on the heels of onboarding Amit Tripathi as the network’s Chief Revenue Officer, TV9 has reinforced its sales leadership with the appointment of Manish Seth as Executive Vice President. Manish will head key clients nationally for the Network and will be responsible for revenue from the North branch.

With over 20 years of experience, Manish has worked with BCCL and Zee Media Ltd in his previous stints. In his last assignment, Manish was executive cluster sales head and was looking after national sales of a number of channels, including Zee News. 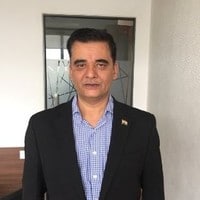 Amit Tripathi, CRO, TV9 Network, said, “Manish is a key industry resource and has seen the revenue function evolving in the media domain over the last two decades. His vast experience and network will enrich the revenue vertical here at TV9 Network. We are happy to bring him on board.”

“TV9 Network, in a very short span, has established itself as a leading player in the news genre. I am thrilled to join the team and look forward to creating industry-first benchmarks in revenue generation for the group,” Seth said.

TV9 Network, which has emerged as India’s No. 1 News network, comprises four regional language leaders – TV9 Telugu, TV9 Kannada, TV9 Marathi and TV9 Gujarati – and the national Hindi news channel, TV9 Bharatvarsh, which has earned a place for itself in the league of the Top 3.