Drawing inspiration from the local flavour of each state, Tata Sky, the Indian content distribution and Pay TV platform, launched region specific campaigns in Kerala, Punjab & West Bengal to connect with potential customers in in these regions.

Crafted on the central theme of a superior product offering, the campaign focuses on offerings such as 1 TV+2 mobile screens, customised packs for specific states, fantastic HD picture quality of the set-top box and 24×7 customer-care service. Thus, making Tata Sky the best entertainment delivery option for the consumers.

The 360-degree campaign derives inspiration from the inherent local culture and insights of the audiences in each state and was delivered using high reach and impactful mediums across ATL. The campaigns also targeted the local Tata Sky dealers with customized communications.

Taking a hyper-local approach, three different ad campaigns were created for Kerala, Punjab and West Bengal, imbibing the regional languages that resonate with the local consumer in each region. The ad campaigns share a common messaging of how a Tata Sky connection can add value, not just for an individual but for the entire family. 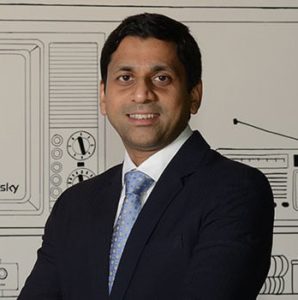 Anurag Kumar, Chief Communications Officer, Tata Sky, said, “We launched these integrated campaigns in 3 states, in each case drawing inspiration from local culture. Content consumption and consumer tastes are quite different in various states of India, and hence advertising needs to go local wherever relevant.

“The campaigns in Malayalam, Punjabi and Bengali languages were rolled out in the three states, reaching over 23.1 Million households and 73.1 Million people.

Being the leading DTH player in the industry with over 22 million subscribers, Tata Sky, plans to further win the confidence of potential customers across the country with its pioneering technology and distinctive customer service.

Building on to Kerala’s love for television viewing, Tata Sky onboarded the popular television actress Rebecca Santosh for the campaign. The ad film was set against her popular TV show, with the backdrop of courtroom. As the case proceeds, Rebecca establishes that Tata Sky is the best option for family entertainment.

The Punjab campaign was set around the festivities of Lohri, and the ad film features a young married couple in different social scenarios. The husband tries to impress his wife by introducing her to the distinct benefits of a Tata Sky connection and wins her over with his Dil Jeetne Waala revelation.

For the West Bengal campaign, Tata Sky roped in the actor-writer Biswapati Sarkar and the ad films were themed around a lazy afternoon in a household. It featured Biswapati as a middle-aged man who enquires about Tata Sky’s customer support services and flexible home visit and is reassured by the customer care executive with a resounding “Ekdom Shotti”. 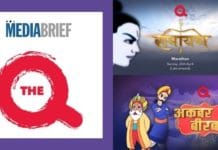 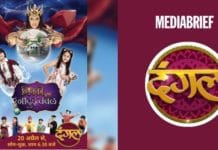