With Christmas and New Year knocking on the door, SVF has brought forth a great opportunity for the movie-loving Bengali audience to experience their favorite films on big screens once again! PVR, INOX and Cinepolis, three of the most popular multiplex chains of Eastern India, will be hosting SVF Film Festival to showcase some of the most loved and appreciated Bengali movies to the audience once again.

The Film Festival starts today (18th Dec) and will last till the 24th of December thereby paving the perfect way of kickstarting an amazing festive atmosphere.

With the outbreak of Coronavirus, this year, the battle to survive and live has escalated. From theatres closing for months to film festivals going virtual, the new normal has been unexpected most of the time.

But however, with the situation getting better and things slowly marching towards normalcy, these festive seasons are something that people would not want to miss out on, and what could be better than giving audience back the opportunity to experience their favorite films on the big screen?

SVF Film Festival thus pledges to treat the movie-loving audience with a bunch of good films in cinema halls thereby keeping all the safety concerns and protocols in mind. 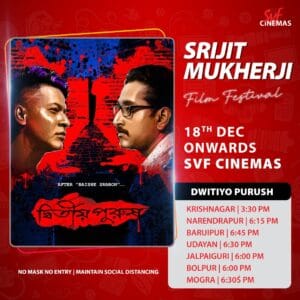 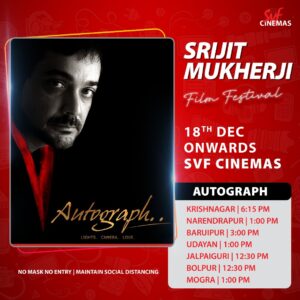 The good news doesn’t end here. To deliver the best to the audience, a Srijit Mukherji Film Festival is also being hosted in addition, exclusively at the SVF Cinemas chains. Autograph, Mishawr Rahasya, Baishey Srabon and Dwitiyo Purush, the four most critically acclaimed films of Srijit Mukherji will be screened at different properties of SVF Cinemas from today.

The venues are- SVF Cinemas Krishnanagar, Baruipur, Udayan, Narendrapur, Jalpaiguri, Bolpur and Mogra. The timings are carefully allotted to each film in different locations so that there shows don’t clash.   Needless to say, a tight schedule of back-to-back Srijit Mukherji films is all set to serve as the best year end gift for the Bengali audience to enjoy.

Mahendra Soni, Co-founder and director of SVF, said, “I believe watching movies on the big screen is a different experience altogether. Although OTT platforms have their own charm, the magic of watching films in cinema hall can never be replaced by OTT.”

“I hope this film Festival pent-up the exhilaration of Christmas celebration amongst the movie-loving audience of Bengal Audience and people can once again relive their treasured experience of watching their favorite movies on the big screen,” Soni said. 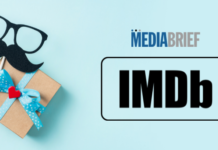 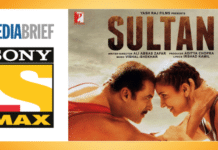 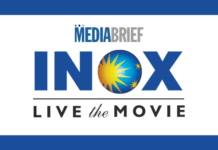 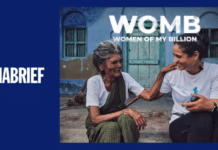 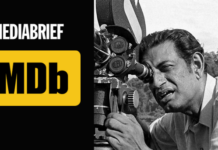