The music video, starring show’s protagonists Jiya Shankar and Megha Chakraborty, is set to a foot-tapping number composed by Mayur Jumani who also features in it. Mayur Jumani is a popular music producer who has composed, mixed and produced for a range of projects and is also the man behind several viral mashups.

Inspired by a real story, Kaatelal & Sons will narrate a heartening tale about ‘un-gendering’ your dreams. It brings forth the story of two sisters, Garima (Megha Chakraborty) and Susheela (Jia Shankar), who take on their father’s business of running a local men’s hair salon in Rohtak when adversity strikes.

While their father, Dharampal, (Ashok Lokhande) believes that his ancestral shop, aptly named ‘Kaatelal & Sons’,cannot be passed on to his daughters since girls are not meant to pursue such a profession, the daughters are adamant on keeping the shop in the family and taking the business to new heights.

The campaign will see a 360-degree integrated marketing outreach through print, digital, outdoor, a strategic promotional plan with Paytm and Big Bazaar. A strong digital plan is in place to promote the show and a focused influencer outreach to spotlight the innovative music video – Khol Dimaag Ka Shutter. 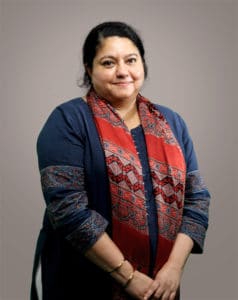 Vaishali Sharma, Head – Marketing & Communications, Sony SAB, said, “Kaatelal & Sons is a beautiful and true testament of Sony SAB’s forward-looking approach where we continue to offer shows that have hope and meaning. With Sapno Ka Koi Gender Nahi Hota campaign, we aim at challenging the deep-rooted stereotypes of gender roles in our society.”

“We want to embody this promise not only through our on-air content but also through our marketing campaign that can be entertaining while raising some meaningful questions that can spearhead a change in people’s lives.”

“Khol Dimaag Ka Shutter is a fun musical take on the concept of Kaatelal & Sons with a thought-provoking message. We are encouraging everyone to #ungender their dreams,” Sharma said.