Sony BBC Earth, India’s most loved factual entertainment channel has successfully closed in a year of achievements riding on its might of insightful storytelling and family viewing experiences. Despite a year filled with challenges, Sony BBC Earth was quick to adapt to the changing trends and realign its programming and marketing strategies. From launching genre binding marketing initiatives to bringing topical content–the channel scaled up its audience engagement, across all touch points.

As a consumer first brand, Sony BBC Earth focused on innovations to emerge as the fastest growing channel SD+HD in the infotainment category in terms of both, reach and viewership when comparing Q4’CY 2019 to Q4’CY 2020*.

Adhering to the changing consumption trends in the post COVID world, the channel was quick to re-strategize. Sony BBC Earth was among the first few channels in March to acquire and air a documentary specific to the pandemic – Coronavirus: How to Isolate Yourself, at a time when the Indian audience was grappling with information overflow on the virus and its prevention.

Offering expert insights and real-life instances, the show succeeded in reaching out to 2.5 million viewers across India. The channel also premiered the biggest show on biodiversity ever produced –Seven Worlds, One Planet and another milestone series – Spy in the Wild 2.

This was followed by the introduction of specially curated afternoon bands to cater to the increased viewership during lockdown and scale up non-prime time viewership. Sunny Side Up was launched as a special slot offering genres like food, fitness, world adventures, kid friendly content and more, making for a complete family viewing experience. ‘Couch Travels’ anthology was introduced as a respite for all those suffering from lockdown blues.

When it comes to marketing initiatives, Sony BBC Earth fortified its digital presence beyond social media, to build richer engagement with audiences across all age groups.

To begin with, recognizing the immediate transition to e-learning this year, Sony BBC Earth moved fast to revamp its flagship school engagement program – ‘Feel Alive Hours’, to create an online learning experience. With an aim of building consistent engagement with a community of over 2.5L students across 600 schools in 7 cities, the brand created multiple touch points such as monthly newsletters, LIVE sessions, exclusive video content and an e-destination, which has already garnered more than 4L footfalls within 3 months.

The content across touch points is carefully curated understanding the need for meaningful co-curriculars at a time when parents and students need newer ways to stay engaged.

In another riveting initiative, Sony BBC Earth tapped the most popular social media behavior that increased multifold during the lockdown – photography, to scale up yet another brand IP – Earth in Focus. On World Photography Day, the brand launched a month-long contest for every photography enthusiast who has a keen eye to capture moments in time, with or without professional skills or equipment.

Award-winning photographer and filmmaker, Amoghavarsha JS was roped in to judge the contest which garnered more than 2,500 splendid entries and which received over 1.3 lakh votes in the round of public voting. Even the website which hosted the contest had more than 8L visitors ensuring that the contest was a success and that it paves way for similar models to follow.

With more time being spent on social media daily post lockdown, Sony BBC Earth leveraged the platform to not only promote shows but also to amplify conversations and stay relevant to audiences. From creating an experiential AR filter for ‘Spy in the wild 2’ and hosting LIVE chats around topics like sustainability and eco-conscious lifestyle with influencers like Randeep Hooda and filmmakers Amoghvarsha JS and Sandesh Kadur, to initiating conversations with world renowned experts like Steve Backshall and Gordon Buchanan, Sony BBC Earth ensured consistent engagement and an increased reach, on social media.

Marking the year end with yet another milestone, Sony BBC Earth launched a 360-brand campaign that bolstered the channel’s distinguished narrative and attributes in the minds of the viewers and potential advertisers. Not only did it establish Sony BBC Earth as a brand that provides a conducive and safe environment for partners to grow hand in hand, but it also reinforced the positive impact the channel has on people’s lives, beyond just world-class entertainment.

This robust, two-pronged campaign was rolled out with eye-grabbing outdoors, cable promotions and social media communication aimed at viewers, and trade-centric print ads coupled with a highly targeted campaign, aimed at advertisers.

Even through a challenging year like 2020, Sony BBC Earth continued to place the consumer needs first and it is because of this approach that all its initiatives were a success. In a year that demanded positive reinforcements more than ever, Sony BBC Earth drove salience and stayed true to its promise of bringing pure play factual entertainment and positive story telling that truly makes people ‘Feel Alive’. 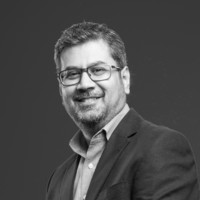 “Our constant endeavor to make people feel alive with our distinct and relevant content on-air and off-air has resulted in Sony BBC Earth’s loyal fan base and has paved way for potential like-minded partners. We are looking forward to 2021 and hope to continue to grow with the love and the support from our viewers,” Shah said. 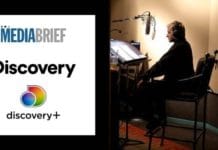 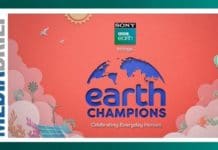 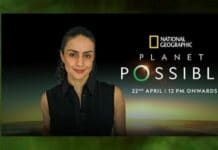 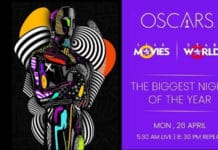 93rd Oscars to be aired exclusively on Star Movies, Star World on April 26