This International Women’s Day, ShortsTV celebrates women who strive to make the world a better place to live in. Available on platforms such as Tata Sky, Dish TV, d2h, Airtel DTH, and Airtel Xstream, ShortsTV has a line-up of movies that embraces female empowerment. The Women’s day catalogue includes renowned Indian short films and five documentary short films from women directors about the perseverance and passion of women entrepreneurs that are commissioned by Mastercard. 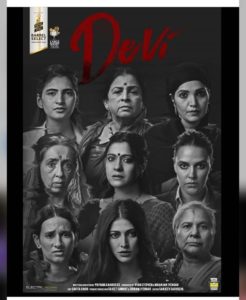 A tale of sisterhood. A tale of suffering. A tale of truth. A 13-minutes film, Devi is A closed-room drama about disparate group of women sitting in a room together. The film sheds light on how victims of sexual violence, despite being so different from each other, ended up sharing the same fate.

CUDDLY, Directed by Karan B Shetty

The film is a simple day-to-day conversation between a mother and a daughter against a quiet night. The treatment gives birth to some moments that are relatable (especially the fight between the mother and the daughter about food).

A story about a mother-daughter duo discussing their sex lives. What makes it interesting is the fact that they talk about it without even using the term ‘sex’. Nor do they cross their so-called line of morality. Their dialogues are loaded with food puns. The way they spice up their simple conversation makes this film a delightful treat.

Learning is a lifelong pursuit, often brimming with a wealth of books and experts on every topic imaginable. But when Irena Orlovic went searching for ways to help teach her young daughter with a developmental disability, she discovered only empty bookshelves in her native language. What began as an educational journey of her own led her to start Harfa, a publishing house founded with an entrepreneurial spirit and a desire to help teach an entire country. 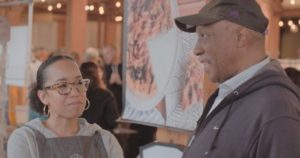 JUSTICE OF THE PIES, Directed by Michelle Marrion

Basil key lime, blue cheese praline pear, lavender lemon—mouth-watering pies by chef Maya-Camille Broussard delight all five senses. Created to honour her father’s legacy as a Chicago criminal defence attorney who could never say no to a good pastry, Justice of the Pies serves not only the most inventive pies in town but also the city’s future talent, by teaching skills like nutrition and budgeting to kids from underserved communities while they bake their first delicious pie. 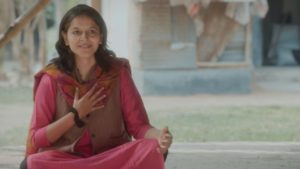 After starting her own garden, journalist Ekta Jaju uncovered that modern farming practices were causing profound health effects on small farmers in her district. Ekta began educating hundreds of farmers about the dangers of pesticides and showing them a better way through organic farming. Her mission quickly blossomed into a thriving business based on sustainable agriculture. 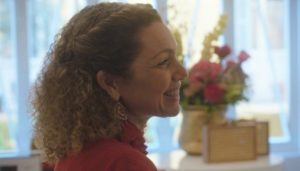 Sarah’s Bag follows the story of solicitous entrepreneur Sarah Beydoun. Sarah found local resources and damaged materials to make handbags, while using employment to give the women their dignity back and a means to support their families. Sarah’s Bag takes you inside the lives of those given a second chance.

In a split second, life changed for Carolina Ignarra. Following a harrowing accident, she would need to traverse the crowded streets of São Paulo, Brazil, in a wheelchair forever. Driven to educate managers on the meaning and value of inclusivity, Carolina started Talento Incluir to help promote new pathways for employers to value, hire and redefine what it means to be top talent.