The show will provide one of the biggest podiums to aspiring singers across 39 cities, with auditions kick starting from 25th August to 12th September. Returning with a bang, with the tagline ‘Ab lagega singing ka naya dose’, the legacy of the superhit property continues, with an audition process through IVRS, social media platforms and the Radio City microsite. The finale of Radio City Super Singer 13 is slated to happen virtually on 26th September 2021 on radiocity.in.

Sensational singer Kailash Kher is all set to return as a judge for the second consecutive season, and mentor yet another set of budding singing talent in the country, preparing them for stardom through the show. The audition process is set to shortlist 5 talented candidates from the Hindi, Tamil, Telegu and Kannada speaking regions respectively this year, to make way for a super grand finale that will be streamed on 26th September on radiocity.in, post which the final winner will be selected by Kailash Kher and through public voting. 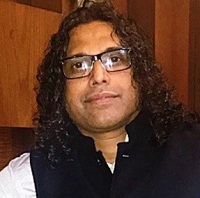 Commenting on the launch of the 13th edition of Radio City Super Singer, Radio City’s Chief Executive Officer, Ashit Kukian, said, At Radio City, we have always managed to captivate the pulse of our audiences with innovative content that’s capture the nation’s imagination through radio’s creativity.

“With Radio City Super Singer, we have committed ourselves to presenting the best singing talent in India who we believe will create a mark in the music industry, as demonstrated by our past winners.

“With a reach of millions through the years, Radio City Super Singer remains one of our most successful properties, and a national benchmark for talent shows and we are elated to uphold its glorious legacy with yet another stellar season.

“This year, we have strategically grown in the virtual domain amidst the pandemic, as a brand that believes in constantly evolving and adopting to do what it does best – entertain our countless loyal listeners. Season 13 is all set to be grander than ever, and a celebration of good music, staying true to its tagline, ‘Ab lagega singing ka naya dose, Radio City Super Singer 13 par’. We remain grateful to our listeners across the country, our sponsors for their faith in our tent pole property,” Kukian said.

Speaking about his excitement to judge yet another season of Radio City Super Singer, Kailash Kher, said, “It is an absolute pleasure to return once again as a judge on Radio City Super Singer, a show that truly celebrates the love of good music. I had a great experience mentoring the best budding talents in India, in season 12 and am thrilled to help in the discovery of sensational new voices yet again.

“The talent that we have nurtured and encouraged through this podium is as diverse as India itself! I look forward to interacting with the immensely gifted singers of young India once more, as I reunite with Radio City to ring in Season 13 of the superhit show, for our countless loving fans,” Kher said.

It is one of the country’s most successful radio property and has served as launch pad for several singing superstars over the years, such as Harjot Kaur, Bharti Gupta, Manya Narang, Juilee Joglekar among others.

The most awarded activity executed by a network of radio stations, the property, is the recipient of the prestigious national and international awards. Radio City Super Singer 13 will promoted extensively across print, radio and Radio City’s social media handles. Auditions are now open for all and aspiring contestants can log on to https://www.radiocity.in/radiocitysupersinger to register and participate. 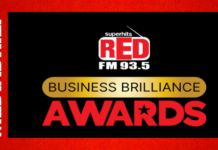