The Hitlist Web awards, one of the most comprehensive and in-depth, witnessed a huge response from the audience and celebrities alike from the film and web entertainment world.

After receiving 1.76 lakh votes, the winners were shortlisted by a grand jury and through public voting. The jury was headed by Mid-day Entertainment Editor and award-winning journalist, author, and broadcaster Mayank Shekhar, along with Rahul Desai, Nikhil Taneja, Naomi Datta and the entertainment team at Mid-day.

377 Ab Normal was adjudged the Best Web Film, while Madhu C Narayanan’s Kumbalangi Nights won the title of Best Non-Hindi Film on Web. Amazon Prime was the big winner of the night, bagging a total of 8 awards followed by Netflix.

Rachna Kanwar, COO, Digital Media, Radio City & Mid-day, said, “We believe, Hitlist Web Awards 2019-2020 is one of the biggest platform that felicitates spectacular work done by artists across OTT platforms. With 1.76 lakh votes, we are truly delighted to have received such a huge response for the awards from across the country.”

“As we culminate the first edition, I would like to thank our jury, the artists and creators of the OTT community. We are grateful for all the love and support we have received and look forward to many more seasons in the coming years because OTT boom is here to stay,” Kanwar added.

Mayank Shekhar, Entertainment Editor, Mid-day, said, “We are super excited to culminate our very own Hitlist Web Awards. This journey has been an exciting one right from conceptualisation to execution and hats off to the team for putting this together.”

“Congratulations to all the winners and audience that voted and made this a huge success. Look for this space for an even more exciting and bingy next season of Hitlist Web awards,” Shekhar said.

Raj & DK, creators of The Family Man, said, “We are thrilled to receive the Hitlist Web Award for Best Creators. We are happy to witness The Family Man bagging many accolades and this is due to the love we have received from the viewers for the show. It’s a great feeling to have won awards for a show that we took a mere chance on.”

“We had no prior experience in making a series, nor did we know how to crack long-format storytelling. The reach and the feedback have been overwhelming.”

“We thank Radio City and mid-day to have organized these awards and applaud the talent in the OTT space. We congratulate all the other winners for their success and can’t wait to binge on all the exciting content that’s in store for us in the next year,” the duo added. 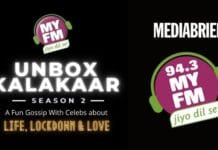