As ZEE Studios is set give a digital-first release to the year’s single most annually anticipated Bolloywood movie, Radhe Your Most Wanted Bhai, we caught up with Shariq Patel, Chief Business Officer, Zee Studios, for a deep dive on the release

It’s the eve of Eid, and a truly mubaraq time for everyone celebrating the festival. Also the biggest milestone for movie releases in India, from amongst the film fraternity, this milestone that marks the release of the year’s biggest film with a blockbuster budget has been owned by superstar Salman Khan, and this year, all anticipation has centered around the Salman Khan-starrer Radhe – Your Most Wanted Bhai, which ZEE Studios is giving a major multi-format release at 12 noon today.

This major release is multi-format, but as we see it, it is also primarily digital, and Zee Studios’ orchestration across ZEE5, ZEEPlex and multiple DTH operators and platforms is, to our mind, the first instance of an attempt to truly deploy the great potential of a digital-first release through video streaming and DTH platforms. ZEE Studios has pulled all stops in the marketing of the film, and both, awareness and anticipation are at their peak.

How the film fares, will now depend upon the commercial masala magic that Prabhudeva and Salman Khan, along with Randeep Hooda and Disha Patni weave. And past results of the Salman Khan-Prabhudeva combination augur extremely well for the film, which comes at a time when perhaps the only other major sports-entertainment balm for people during the pandemic, the IPL, had to unfortunately be indefinitely suspended.

Where and how to watch Radhe Your Most Wanted Bhai

The film is available on ZeePlex at an attractive price point of Rs. 249.

Here is how you can watch the film on ZEE5 and via DTH operators:

The first message one receives when any OTT platform releases a film or a web series is from some Telegram channel on Day 2, perhaps, of the release, saying, ok, here it is. And then, there’s rampant piracy. What is ZEE Studios doing to curb piracy on dark social messengers and other social media networks including illegal shares by individual accounts on YouTube?

Patel says,  “We have commissioned multiple agencies. They will pre-monitor, identify and keep an eye on all the infringements and will take down the link soon they will appear.

“We also have a John Doe order which will prevent piracy by illegal unlicensed distributors and Internet service providers.

On why a multi-format release for the film, Patel says, “Blockbuster entertainment options in a safe environment from our audiences form the core of all our strategies. I would say the formula wasn’t needed before, and thus not consistently tried before. While the new environment closed a lot of options, it also forced us to think of newer ones. ZEEPlex is an output of that diligent and  audience-focused process.”

On his views about PPV-vs- the monthly subscription model on ZEE5, Patel has this to say: “The primary difference between pay-per-view format a subscription model is that in the former, you pay for only what you watch, much like buying a movie ticket, but at home. However, as far as the latter is concerned, you are subscribing to everything that is available for a month or given time period on a particular platform, irrespective of what you watch.

“The pricing structure varies for different films starts at an optimal rate of INR 99. As for Radhe, one has to pay INR 249.

“The movie will be available with our distribution partners like DishTV, D2H, Tata Sky and Airtel Digital TV, and India’s premium OTT platform ZEE5. All operators have multiple payment options ranging from wallets to missed calls to Whatsapp bookings.”

On what makes him optimistic about this major experiment, Patel says, “It would be fair to say that his was a brave move, ahead of its times. Any new idea is usually met with resistance but eventually most people do realize that it is necessary to look at the industry as a whole rather than a just a sub-sector, especially in times like these where health & safety are the most critical issues people are facing across.

The TVOD format might be new to India but ‘buying a ticket to watch a film’ isn’t Going to the theatres for films has always been one of the most preferred leisure activities and with ZEEPlex, we have provided a similar offering at home. India wasn’t ready for subscription-based OTT platforms as well, but now, we are one of the largest consumers of various platforms. its giving ‘power to the people: Shariq Patel

“As I said earlier, audiences form the core of all our decisions and the resultant content offering. The world over, we are seeing our peers adopt similar release strategies today. We’re proud to be one of the first globally!” he says.

How well will a ZEE5-ZeePlex-DTH and Digital-only grid work as a revenue stream for movie releases, post-pandemic? Patel says, “We strongly believe that businesses grow sustainably when the power is actually resting in consumers’ hands.

“The OTT boom over the last few years is testimony to the fact that films which would’ve not seen a wide release are getting consumed & appreciated in remote corners of the country. Blockbusters like Radhe will always be attractive for first time audiences on the platform but we’ve seen extremely strong uptake of our regional content as well.

“We believe ZEEPlex is the best platform for all film makers to showcase their craft, from a release width point of view, without the pressure of having to spend large distribution amounts.”

Sure, this is a film every movie lover’s been waiting for, for a long time now. What kind of viewer response, viewer/revenue share  on a cinema-going : pay-per-view audiences basis doe he expect? Patel says the measurement metrics for Cinema have changed. “For Radhe, we expect a great platform response. Salman Khan fans have been waiting for the movie for the longest time now and since his fans are spread all over the world, it is only going to provide a further boost to the existing response on the platform.

“While the platform mirrors a cinema format, the consumption pattern is completely different. In this case the average household size comes into picture so one ticket sold on ZEEPlex would effectively mean 3 or 4 people viewing the film together. The measurement metrics of cinema have changed.”

What will help is the ease of payment for viewers that the Radhe TVOD subscription model entails. “TVOD per-se isn’t subscription based,” Patel says. “We have partnered with distribution players like Dish D2H, Tata Sky and Airtel Digital TV – they have their own payment & booking modules – making it very easy for audiences to access.”

Patel adds, “The TVOD format might be new to India but ‘buying a ticket to watch a film’ isn’t Going to the theatres for films has always been one of the most preferred leisure activities and with ZEEPlex, we have provided a similar offering at home. India wasn’t ready for subscription-based OTT platforms as well, but now, we are one of the largest consumers of various platforms. its giving ‘power to the people.”

Patel reiterates that valuing audiences’ time is critical, and that it will continue to reflect in all their content choices in the future. “India as a market is still under-addressed from a content point of view, more so from filmed content point of view,” he says, adding, “We are also growing as a ‘paid OTT’ market.”

“The potential,” Patel says, “is massive. And it’s out there for us to achieve it!”

That exclamation point bespeaks the great optimism the entire Zee network has for this mega release, that might well re-caliberate a lot of the movie release mechanics.

Well, marketing has done all it could to ensure first show footfalls – ok, eyeballs – across multiple platforms. Now, it’s up to the content to speak for itself. Salman and Prabhudeva, with Randeep Hooda playing a super-stylish villain, and Disha Patni packing in the oomph. And a solid hero-oriented story with all the ingredients of relentless drama and action?

Radhe has received rave reviews, and reviews from popular websites, we know, are most often sound indicators of the sentiment. Read the reviews here.

Meanhwile, the only professional set or community that seems to be utterly miffed at what it likely considers the first, truly serious invasion of the on-ground, theatrical exhibition space by a digital-only release of unarguably the year’s biggest and most anticipated film, are the theatre owners whom one does empathise with – their major investments in the brick and mortar that has formed the robust body of the Indian movies industry with a content heart of the world’s largest number of films produced each year, has remained locked down due to the exigencies of the pandemic. And sadly, in a rumoured case of cutting one’s nose to spite one’s face, there is an apparently well orchestrated campaign to bring down the film which has angered theatrical exhibitors with its decision to press ahead with a digital-only release in the interests of keeping the lives of people protected by keeping them indoors.

While Radhe will provide much needed entertainment for the people in the security of their homes and protected personal spaces, it will also, actually, help the producer and rights owner to receive bigger payouts per ticket. Sure, four persons might watch a show of for Rs 249 in 3-hour time slots, as in a movie hall, for the 2-hours odd film. But in a multiplex, a ticket sold at an average Rs 300 takes back to the producer, an average of Rs 50 per.  And the producer also has to grapple with the oft-accused lack of transparency in seats’ sale declarations, at least amongst the singe-screeners.

What this digital only release will do is firmly establish the power and reach of an OTT platform, in this case, ZEE5, which is on robust tech pillars, and should therefore be able to stand up to high concurrency numbers. For the OTT space, ZEE5 has the opportunity to firmly establish the power and relevance of a world digital premiere, and will continue to enthuse movie producers to press ahead with their productions once shoots open.

However massive an audience ZEE5 and ZEE Plex give to this major film, the fact also remains that Indian movie lovers will still, given the chance, go to the theatres to watch movies with  their favourite stars, themes and what-have-you. And only the theatrical exhibitors can provide what is perhaps the single family outing that’s most important for movie loving families across the country, putting demographics and geographies in the same levelling press.

So, best for everyone to enjoy the film, watch it in the safety and security of their homes, and have a good time together.

This is the film that should possibly enable the OTT space to demonstrate  it can make movie watching a family viewing experience, because despite multiple-device streaming available on a single ticket, the family would want to watch it together on a big screen. Sure, smart tvs are still not widespread enough by any stretch of the imagination, but it’s a start, and a significant one that cannot be ignored. 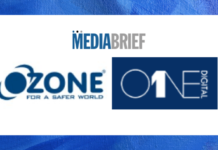 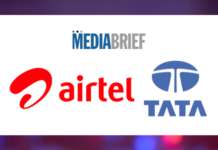 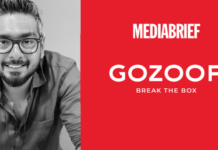 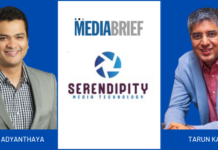 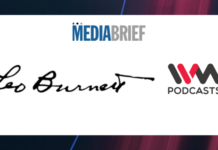 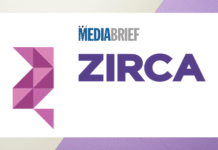