Nobel Hygiene’s Friends launched the  “Fear of Falling”, a one-minute video film across its digital platforms. Through this film and the corresponding #BreakTheFall campaign Friends hopes to educate viewers about the risk elders face in attempting to use the toilet alone at night.

As a category leader, Friends in its two decades of service has focused not just on making the best possible adult diaper for the Indian body but also educating the populace on the often unspoken problem of incontinence. ‘Fear of Falling’ is one such educational attempt focused on the insight that 1 in 4 elders is injured while attempting to use the toilet at night.

The film hopes to impress upon families and caregivers that frequent urination need not be lethal and that addressing the stigma around diaper usage is simpler than dealing with the consequences of an often fatal midnight bathroom fall.

According to the World Health Organization’s (WHO) 2007 global report on falls prevention, the prevalence of falls in India, above the age of 60 years, ranges between 14%–53%.

With respect to the location of fall, a whopping 50.75% of falls took place in the bathroom. The study also found that majority of elderly adults view falling to be a normal part of old age, are poorly informed about risk factors and are not aware that even non-injury falls require immediate medical attention.

Friend’s hopes to recommend, through this DVC, a simple solution to these risks. The company hopes the campaign will urge viewers to start a conversation around incontinence so that elders do not have to battle frequent urination alone for fear of inconveniencing family members and being perceived as weak.

Kartik Johari, Vice-President – Marketing & e-commerce, Nobel Hygiene, said, “It is unfortunate but the truth that our elderly adults face every night. Incontinence is a severe issue that is shrouded in taboos in our country.

“It needs to be taken head on as it is an unavoidable biological fact that most of us will face at some point or the other as our bodies age. Yet we refuse to accept or extend help. People suffering from it choose to remain silent for fear of social ostracization.”

“Our latest campaign “Fear of falling” is dedicated to raising awareness about this unique challenge among all men and women who go through it, thus helping them understand that they are not alone.

“We have ourselves witnessed a real-time playout of this issue through our customer service calls where we see elderly people and caregivers adopting diaper use after a big fall, when their mobility has already been affected! It is our hope that diaper adoption will precede such events,” Johari added.

Deepak Singh , Director, said, “When Nobel Hygiene came to us with the brief of creating this film, we found it to be a very timely and relevant initiative, keeping in mind the magnitude of the problem as stated by the facts and numbers.

“The idea was to bring out the scenario, that leads to elderly people falling or slipping in the bathroom, in an intriguing way. It’s reassuring to know that brands today are taking up some very real but unspoken issues and willing to open up conversations around them. And we are very glad to have played a part in it,” Singh said.

By shining a spotlight on the issue, the brand encourages the audience not to shrink away from the subject or bottle up harrowing experiences. Additionally, the campaign will also create solidarity among people suffering from incontinence by letting them know that they are not the only ones in this situation while helping them accept the truth.

The campaign was made in collaboration with The Womb and award-winning designer-adman Deepak Singh (founder of Vitamin D). 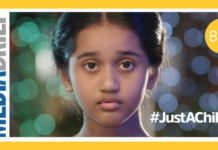 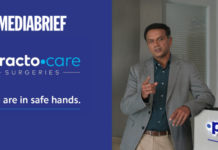 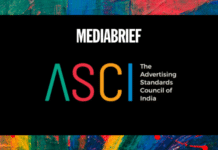 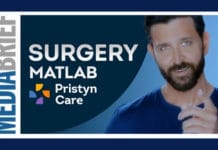 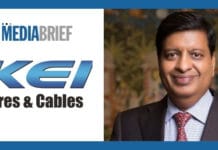