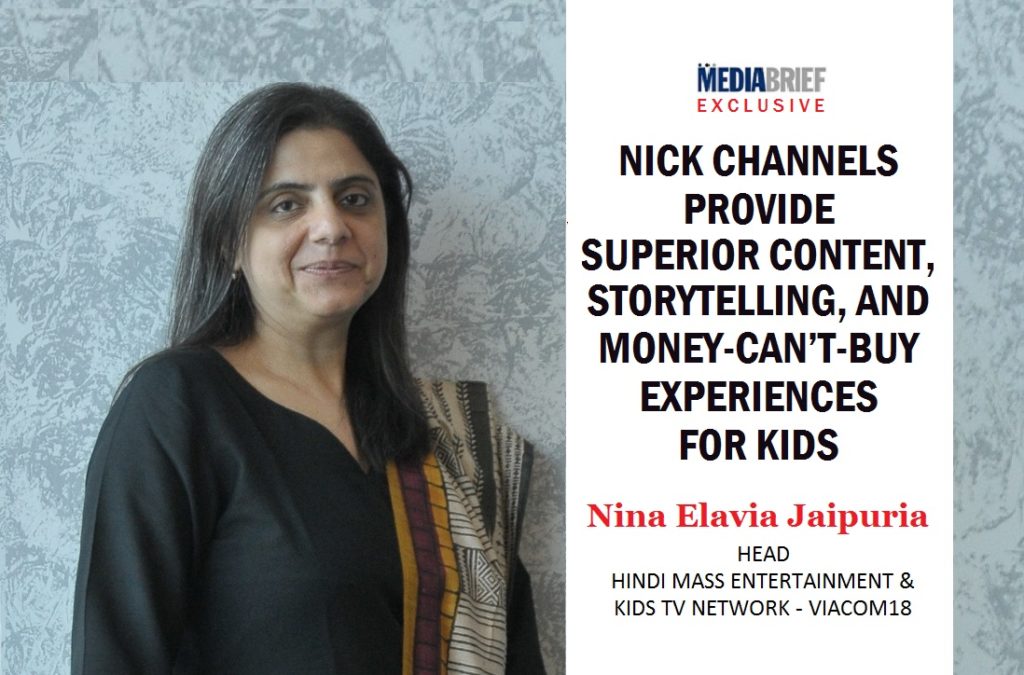 In the space of Kids TV in India, NICK has been the unchallenged Number One channel for several years now, and over all of the last calendar year, 2018,  too, it had the highest average weekly impressions.

Nick — along with the other Kids channels, also the entire Kids business and now the Hindi mass entertainment channels business at Viacom 18 — is led with telling effect by a soft-spoken leader, Nina Elavia Jaipuria, whose  journey at Viacom18 began in 2006 when she joined as Business Head of Nickelodeon.

Since then Nina has helmed the brand’s journey towards leadership with an inspired and talented team of innovators, thus leading to the evolution of the kids cluster from a single channel to a remarkable franchise that today consists of 4 channels i.e. Nick, Sonic, Nick Jr and Nick HD+.

While scripting the brand’s success story, Nina has also contributed towards taking the industry towards new echelons of growth by introducing pioneering business models based on creation of intellectual property.

The brand today stands as a strong No 1 in ratings and engagement — a significant feat achieved through taking calculated risks, pioneering game changing initiatives and innovating to address challenges.

A recent addition to her portfolio has been Viacom18’s flagship Hindi Mass Entertainment play, thus bringing COLORS, Rishtey and Rishtey Cineplex under her purview.

This story, however, is about Nina’s distinguished leadership of the Viacom 18’s Kids Channels business. We caught up with the young veteran who brings more than two decades of experience across FMCG, telecom, broadcast and advertising to her job. So here’s Nina Elavia Jaipuria, Head – Hindi Mass Entertainment & Kids TV Network, Viacom18, in coversation with MEDIABRIEF.com. Read on.

NICK has been India’s top Kids channel across the average of all 52 weeks with close to 135 million weekly average impressions for the entire last calendar year, ie 2018, per BARC India data.  What keeps it in the leadership position? What are its special USPs, as iterated differently from the usual things every Kids channel would say? Your secret recipe, if you will.

Nickelodeon has been the No.1 in the category for over 5 years in a row. This is because we understand kids and their discerning needs best. Through the years we have introduced winning characters and brought to life unique stories through our shows as well as made-for-television films.

Our superior content experience and great story-telling through endearing characters like Motu Patlu, Shiva, Rudra and others have helped us create an important place in the hearts and minds of kids in India.

This apart, we have built an entire ecosystem around our characters by taking them out of the television screens and making them a part of the daily life of kids through movies, consumer products in schools, in malls, through digital and online, via experiential formats, on-ground connects, etcetera. These have helped us create memorable, money-can’t-buy experiences for kids.

All of these have helped us ensure that Nickelodeon and our gang of toons like Motu Patlu, Shiva , Rudra, Pakdam Pakdai, Gattu Battu and now the Golmaal Jr. Gang, are the most loved toons in the category. 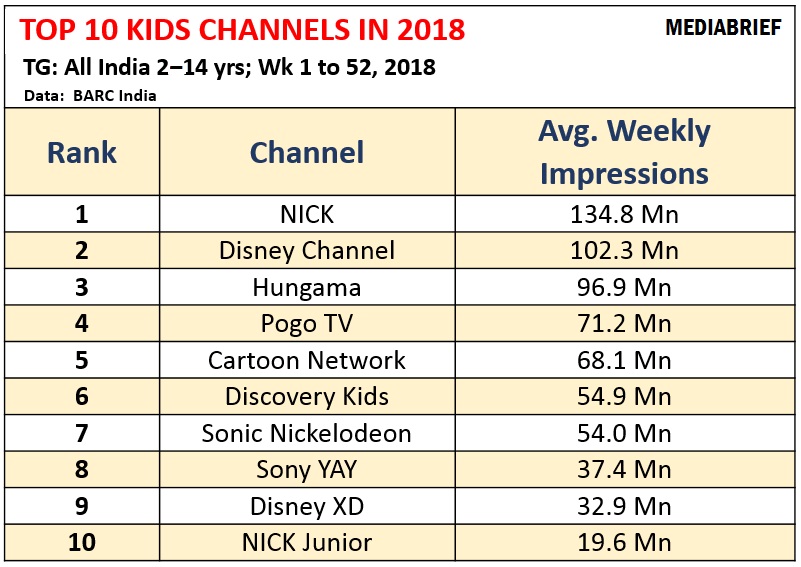 Creating franchises seems to be the way to go for Kids channels nowadays. Everyone is bringing in more of the same, including variants, of shows and popular characters. How important are franchises and own IPs to NICK’s scheme of things? What are the successful IPs of the past and those for the future?

The Nickelodeon franchise has been driving thought leadership by taking the lead and introducing pioneering business models based on creation of intellectual property and localized homegrown content like Motu Patlu. Shiva, Rudra amongst others.

The focus is on creating successful IP’s that allow us to build ecosystems and strengthen engagement with kids on touchpoints beyond TV while also adding to the top-line in terms of ancillary revenues from OTT, merchandising, licensing, syndication and others.

We have introduced 8 indigenous shows across 8 years and each of these shows have been successful and have addressed a white space in the category while adding more width and depth to our content portfolio. 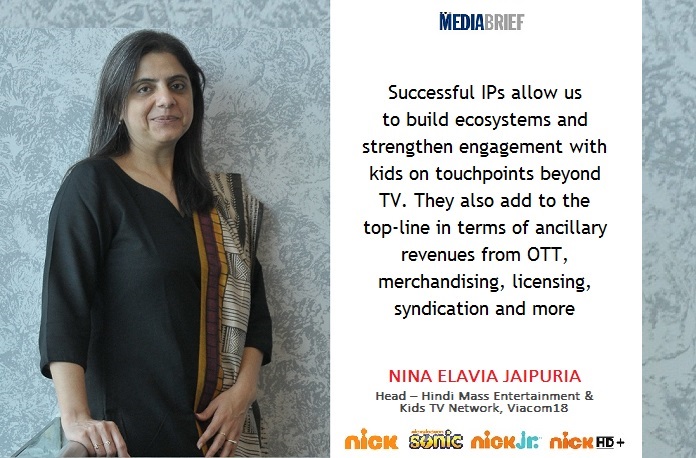 It is always very difficult to create and build brand equity for new shows. How has NICK been able to buck that?

Engaging and entertaining kids is always a challenge. However, we believe that through a good mix of immersive story-telling, relatable content, endearing characters and unique engagement experiences for kids, it is possible to build affinity for characters as well as a significant brand equity.

Which are your most popular characters from NICK shows?

Each of the local home-grown Nicktoons from Pakdam Pakdai, India’s first chase comedy, to Motu Patlu – the only adult protagonists in the kids’ animation category, Shiva – India’s whiz kid,  Gattu Battu – India’s first animated detective series, Rudra Boom Chik Chik Boom  – India’s first Magictoon,  have all introduced kids to new genres of entertainment. Kids love all these characters and have made them a part of their day-to-day life. Our Small Wonders research with Ormax shows that 6 out of the top 10 animated characters and 10 out of the top 20 are from the Nickelodeon franchise, showcasing the affinity and love that kids have for them.

With the launch of Golmaal Jr, the Nickelodeon franchise will set into motion the aggressive content strategy for the year.  With over 500 hours of content the franchise today has the largest and most versatile content library in the category. The coming year will see the further scaling of the content library with more than 200 hours of content that will be added through shows as well as made-for-television movies.

With the digital platform growing so fast, kids have access to OTT platforms. Even Netflix has its own ‘kids section’ and content just to cater to the kids. How does this affect your business planning? How do you go about making content for your platform knowing that kids have other options as well?

At Viacom18 we have built a very formidable kids’ ecosystem with the Nickelodeon franchise on broadcast and the Kids content play on VOOT. Our objective is to make sure that we are available on each and every screen and platform with superior content that kids relate to.  We have seen these synergies being brought to life with our own characters and shows. Our shows are also amongst the top shows on VOOT — 6 out of the Top 10 shows are ours. How important are regional languages and the smaller cities in your business plans?

It is important that kids are served content that they relate to and connect with. It is hence important that we present stories in a language and setting of their choice.  Right dubbing therefore plays an important role in ensuring relatability and affinity. Nickelodeon today is available across four languages and we are soon slated to increase language offerings from 4 to 8 languages to cater to regional language preferences.

Tier 2 cities beyond the metros are a very important part of our strategy and we continue to engage with these audiences through high-impact marketing campaigns and regular engagements.

Over the decades, how has the kids programming genre evolved across different kinds of shows? Which are the most popular shows on NICK, and what are the popular genres and sub-genres on NICK?

Kids now have lot more choices as compared to a few years ago, when choices were limited to a few channels. Now there are more than 15 kids channels with slots on GEC’s and OTT platforms catering to them.

So to keep kids entertained, a regular dose of freshness and novelty is required. Also, the earlier shows were limited to dubbed versions of foreign animated shows, and there were no indigenous shows which kids could relate to.

In terms of genre, comedy resonates a lot with Kids. We have blended comedy with other elements like action, adventure, mystery and magic and produced blockbuster shows.

Nickelodeon has always identified white spaces and launched characters that are groundbreaking.

From Motu Patlu to Shiva to Rudra to Gattu Battu and now the newest entrant Golmaal Jr., all have introduced kids to new genres of entertainment. Nickelodeon is a trend-setter with its width and depth of show — each being a game changer and chart topper in its own right.

Identify one single time slot during the day when kids watch NICK the most, when they have the maximum control on the remote control.

Kids viewership has an element of seasonality. Weekends ae more than weekdays,  vacations are more than normal days. Our noon and evening viewership tends to be much higher. The viewership is more as kids have control over the remote during that time as compared to nights when adults seem to seize that control. 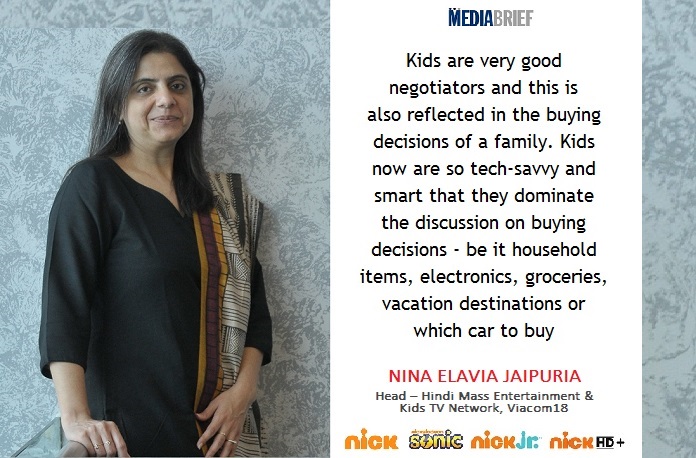 Nick has the highest ad GRPs in the category.  The franchise has 150-plus advertisers on its channels, and the advertisers vary across categories: Reckitt, ITC, Pratap Snacks, Swiggy, Bata, Kotak Mahindra Bank, Panasonic, Voltas to name a few.

I think Kids are very good negotiators and this is also reflected in buying decision of a family. Kids now are so tech-savvy and smart that, they dominate the discussion on buying decisions —  be it household items, electronics, groceries, vacation destination or which car to buy. This is also reason why so many advertisers choose Nick to reach out to these influencers and induce them to buy the popular brands. 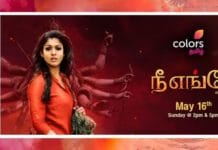 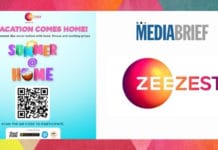