With the hip-hop scene in India fast evolving and artists from the country making their mark on the global stage, a new series gives the next generation of rappers a platform to learn from the best and hone their skills. An MX Original Series, Red Bull Spotlight features beats from Smule’s hip hop music app AutoRap is a nationwide hunt to discover and support India’s best emerging rappers, that is now streaming for free on MX Player.

Started in 2019 as a platform to discover India’s newest rap talent, Red Bull Spotlight is now a six-part series that will see eight rappers go head-to-head for the title. The winner will receive the opportunity to record a full-length album in a professional studio, a music video, an EPK and more, selected following a finale judged by the biggest names in Indian hip-hop – Divine, Naezy, Emiway Bantai and Dee MC.

MX Player, caters to over 200 Mn Monthly Active Users and its large and diverse user base allows the emerging rap scene in India to scale new heights and reach fresh audiences. AutoRap, Smule’s app for hip-hop enthusiasts, rappers and beat makers, has partnered with the series to seamlessly integrate its music creation platform, which allows users to record rap over beats with special effects to make original songs and videos. 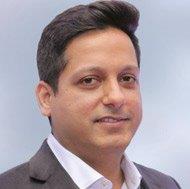 “This three-way partnership presents as the perfect harmony of brands coming together for a bespoke integration and digital first content solutions, that we’re able to craftfully weave into stories or formats that can appeal to our large user base,” Jain  said. 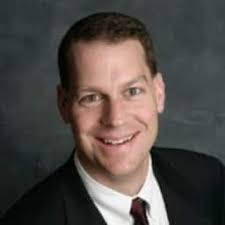 Bill Bradford, Smule President, said, “Red Bull Spotlight is a launch pad for the next generation of hip hop talent in India. We’re thrilled to partner with MX Player and Red Bull to fuel creative expression and shine a light on these talented rappers and their music.

“We’re proud to provide the musical creation platform these rising stars can use to share their stories, and to serve as the backdrop of their art,” Bradford said.

In the series, produced by Red Bull Media House and MX Player with Supari Studios and directed by Nisha Vasudevan, the finalists – A-Gan from Chennai, Loud Silence from Bengaluru, MC Headshot from Kolkata, Supermanikk from Chandigarh, Albela from Noida, Rhyming Man from Bhubaneshwar, The Rushi Gosavi from Goa and Siyaahi from Ahmedabad – spend a week under the mentorship of some of the finest in Indian hip-hop, attending workshops and sessions, doing challenges and more. Mentors include Sofia Ashraf, Naezy, Dopeadelicz, Sez on the Beat, and D’evil.

DIVINE, said, “I was pleasantly surprised by the wide-ranging talent in the finale. I think that says a lot about the selection process and also about the quality of talent waiting to be discovered and given a platform in India. Red Bull has been supporting music and culture in many different formats right from before I started as well and up to now.

“Spotlight is another endeavour in that long line of platforms given by them in helping talent get discovered and work towards building sustainable careers for them,” DIVINE said.