For over 70 years now, ‘Cadbury’ has defined the real taste of chocolate for Indians. Riding on this strong legacy and unmatched brand love, Mondelez India, the makers and bakers of some of India’s favorite snacking brands – Cadbury Dairy Milk, Cadbury Bournvita, Oreo etc. has successfully expanded the portfolio into related categories by driving the taste of chocolate as a snack – beyond the bar.

But what happens when, in a wildly unexpected step, Cadbury decides to drop its most iconic asset from much-loved brands like Cadbury Dairy Milk, Cadbury Dairy Milk Silk and Cadbury Gems. This became the talk of the town and the world wondered – #KahanGayiCadbury? (Where did Cadbury go?)

But the question remained – #KahanGayiCadbury? A mystery that has the internet buzzing, with people missing Cadbury and curious about where it could be. Some celebrities were also seen telling tales of their missing Cadbury. 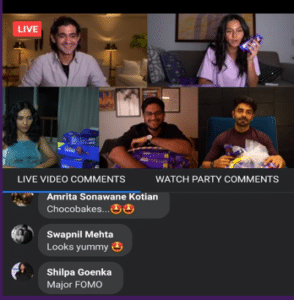 All these events point to a big mystery built by Mondelez India. But In the middle of this confusion, Cadbury Chocobakes came forward to claim that it knows the answer to #KahanGayiCadbury? The brand left everyone anxious and excited.

And finally, the secret was unveiled at the #SweetSecretParty hosted by the well-known celebrities Gaurav Kapur, Aparshakti Khurana, Shibani Dandekar, Neeti Mohan, Shivesh Bhatia and many eager fans.

The answer to #KahanGayiCadbury? – Cadbury is now in a Cake, with the launch of Cadbury Chocobakes Choc Layered Cakes.

Sudhanshu Nagpal, Associate Director – Marketing (Biscuits), Mondelez India, said, “With #KahanGayiCadbury activation, we wanted to build intrigue among consumers and have them imagine a world without Cadbury.

“This became a perfect segue into the unveil of the newest addition to the Cadbury family – the new ‘MeethaChhupaRustom’ Cadbury Chocobakes Choc Layered Cakes.

Today with the strong Cadbury legacy and an established play in biscuits and cookies, Mondelez India is well placed to expand into the bakery and cakes segment with layered cakes.

With Cadbury Chocobakes Choc Layered Cakes, the individually wrapped chocolatey cakes, the company is not only providing a new eat experience but driving consumer convenience both for in-home and on the go consumption.

This is an important milestone in the journey of the company in India. 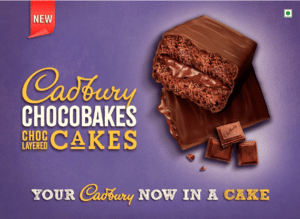 This is the company’s second launch under the Chocobakery sub-category, in less than a year, after the successful launch of Cadbury Chocobakes Choco-filled Cookies.

To support this launch, apart from the exciting #KahanGayiCadburyactivation, the company also recently launched a heart-warming new film, as part of the second leg of the ‘MeethaChhupa-Rustom’ narrative.

“Kudos to the client and our talented team for making this happen almost overnight. The reveal was Cadbury hiding in a cake, the newest member in the ChocoBakes range.

“The launch film for the same brings to life the brand proposition of MeethaChhupaRustom with a very memorable, charming film starring a naughty baby, one that is sure to make its place in viewers’ hearts.”

Conceptualized by Mondelez India & Ogilvy, the film showcases a sweet bonding moment being shared between an elder brotherand his younger sibling, wherein he compares the baby’s characteristics to that of the Cadbury Chocobakes Choc Layered Cakes.

Just like the cake that he bites into, which shows no hint of a hidden layer of melted sweetness, the baby too seems quite innocent until left alone with his brother.

The playful naughtiness comes to the fore as soon as the brothers share a private moment much like the cake that reveals its mouth-watering sweetness once being bitten into showcasing that there is a ‘ChhupaRustom’ or ‘Sweet Secret’ in each of us.