Amazon Prime Video announced the release date the the highly anticipated Amazon original movie Chemical Hearts. Based on the novel “Our Chemical Hearts” written by Krystal Sutherland, the film is an American romantic drama created by Richard Tanne.

The coming-of-age drama starring and executive produced by Riverdale‘s Lili Reinhart and featuring Austin Abrams will take you on a rollercoaster journey of emotions, love and heart-break.

Prime members in 200 countries and territories can stream the movie starting August 21 on Amazon Prime Video.

The plot of the film follows a defiant teenage boy who faces off with an evil witch, who is posing as the neighbour next door.

Revisit your childhood with animated film Krishna Aur Kans starting August 20. Directed by Vikram Veturi and produced by Reliance Entertainment, the film is an engaging treat to the children, but it definitely keeps you hooked recalling the bygone days of your childhood.

Chemical Hearts is an unapologetic, coming of age story involving a hopeless romantic and a young woman with a mysterious past.  17-year-old Henry Page (Austin Abrams) has never been in love. He fancies himself a romantic, but the once in a lifetime kind of love that he’s been hoping for just hasn’t been in the cards for him—at least not yet. 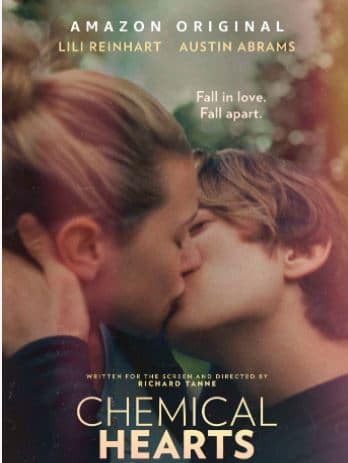 Then, on the first day of senior year, he meets transfer student Grace Town (Lili Reinhart) and knows everything’s about to change. The opposite of ordinary, Grace walks with a cane, wears oversized boys’ clothes, and spends her free time at an abandoned factory. There is obviously something broken about her and Henry wants to help her put the pieces back together.

When Grace and Henry are both chosen to edit the school paper, Henry is immediately drawn to her and wants to uncover the mystery of her past.

As Henry peels back Grace’s many mysterious layers, he finds himself falling in love with her, or at least with who he thinks she is.

Based on the novel by Krystal Sutherland, Chemical Hearts is equal parts coming-of-age drama and romance and is a potent reminder of the bittersweet bliss that is first love

A defiant teenage boy, struggling with his parents’ imminent divorce, faces off with a thousand-year-old witch, who is living beneath the skin of and posing as the woman next door

Hailed as India’s first stereoscopic animated film, ‘Krishna Aur Kans’ is an exciting narrative full of action and drama. The movie chronicles Krishna’s early years — from his birth as the nemesis of his tyrannical uncle Kans.

These titles will join the thousands of TV shows and movies from Hollywood and Bollywood in the Prime Video catalog.

All this is available at no extra cost for Amazon Prime members. The service includes titles in Hindi, Marathi, Gujarati, Tamil, Telugu, Kannada, Malayalam, Punjabi, and Bengali.

In the Prime Video app, Prime members can download episodes on their mobile devices and tablets and watch anywhere offline at no additional cost. 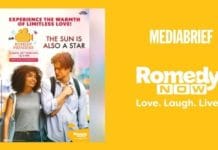