LANGHARD LTD. announced its foray in the Asian territory, through a joint venture with the launch of DIVINITY STUDIOS, to bring high quality-driven, engaging, and entertaining content under one umbrella for the Indian audiences.

Langhard Ltd. with a strong foothold in the American, European, Gulf and Asian markets is a frontrunner in film production, line production, and movie distribution in Hollywood. Leveraging Langhard’s global and expansive reach, buoyed by Divinity’s deep local market knowledge; the joint venture seeks to create an expansive catalogue of exemplary content by developing, producing, and distributing 5-6 movies each year, in the country and around the world.

The joint venture between the two entities will enable both companies to unlock significant value within the Indian & International entertainment circuit by delivering a host of premium services and possess a strong foothold in the country.

Backed by a strong and experienced team from the global entertainment industry, Divinity Studios endeavours to curate path-breaking content catering to the rising demand amongst the audience for immersive cinematic experiences and bring the best of popular commercial and world cinema.

Terry M. Rigarlsford, popularly known for his work on Hollywood action blockbusters such as Die Another Day, The Bourne Ultimatum & Oceans Twelve, heads Langhard Limited.  A highly trained risk management specialist with over 20 years of experience in the film and TV industry, Terry has worked with the crème de la crème of the industry that includes the likes of Pierce Brosnan, Matt Damon, David Strathairn, Julia Roberts, George Clooney and Brad Pitt amongst others.

Divinity Studios is founded by Harsh Vardhan Deo, an actor, musician, writer and entrepreneur. With an astute sense of creativity and an understanding of audiences’ demand and preferences, Harsh seeks to lead Divinity Studios at every front, delivering entertaining content from around the globe to audiences across all available media platforms. Regarded as the ‘New Age Entrepreneurial Artist’, he has worked across films, television, and digital media.

Its CEO, Girish Johar is a notable film producer, distributor, marketing expert and eminent trade analyst. Girish will lend his vast experience and knowledge in film production, global distribution and marketing, to set a robust base for Divinity Studios and its operations worldwide.

Having spent more than 22 years in the film business and worked on over 150 films, in various capacities across multiple languages, he has been associated with some of the largest entertainment houses of the country.

Terry M. Rigarlsford, Actor, said, “We are excited about our new venture in India as it vastly expands our content-led approach, strengthening our studio’s proposition and audience engagement globally. We are certain that with Langhard’s backing and global reach we will set new benchmarks in the industry. We are looking ahead on creating inspiring and distinctive content for the Indian diaspora across the world.”

Girish Johar, CEO, Divinity Studios, said, “We are extremely elated to launch in India and expand our footprint in the global entertainment industry. It is an extremely exciting market with a host of avenues, opportunities and most importantly, an experimental and diverse growing audience.

“In India, which has a lot of compelling stories to tell, our focus will lay in specializing in development, acquisition, production, financing, co-partnering, distribution and sales of entertainment content worldwide.”

With a penchant for delivering the absolute best in terms of production value, Langhard – Divinity venture is all set to elevate the movie-watching experience for cinephiles alike. Set for their next big step in the Indian market, the studio shall look to present the high quality of premium services to leading production companies and some of the biggest names in the industry worldwide. 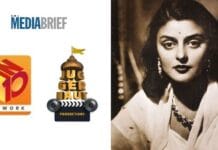 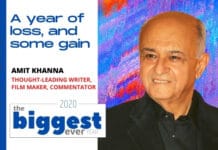 EXCLUSIVE | Amit Khanna: A Year of loss and some gain [Year-Ender 2020] 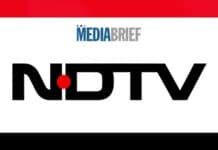 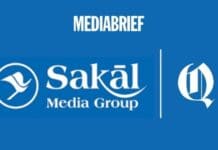 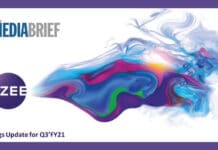