Spending on cloud-based services reached a record 85 percent of the Asia Pacific technology and business services market in the first quarter, as demand for IaaS and SaaS services rose by double digits even as demand for traditional managed services slumped, according to the latest state-of-the-industry report from Information Services Group.

The Asia Pacific ISG Index™, which measures commercial outsourcing contracts with annual contract value (ACV) of US $5 million or more, shows the region generated US $2.6 billion in combined-market ACV in the first quarter, up 11 percent over the prior year, but down 9 percent from a record high in the fourth quarter.

Meanwhile, managed services slumped 25 percent from the prior year, to $390 million, as IT outsourcing (ITO) slid 36 percent, to US $282 million, offsetting 29 percent growth in business process outsourcing (BPO), to US $108 million.
Managed services grew overall in China, Japan and South Korea, but fell 19 percent in the region’s largest market, Australia/New Zealand (ANZ). Contract activity was at its lowest level in five years and large deals have all but disappeared. In the past 18 months, Asia Pacific has had only seven deals over US $40 million. 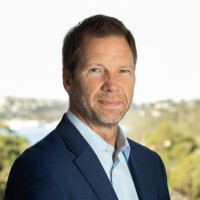 Scott Bertsch, partner and regional leader, ISG Asia Pacific, said, “The Asia Pacific market continues to be driven by demand for cloud-based services. On the managed services side, the market for traditional ITO services is struggling, especially infrastructure, while the much smaller BPO segment typically produces uneven results quarter to quarter.

“Meantime, we are seeing an escalating battle for market share among the hyperscalers, particularly in the financial services sector,” Bertsch said.

Among the notable hyperscaler agreements in financial services during the first quarter, ANZ-based financial services company AMP announced it will migrate all its on-premises workload to Amazon Web Services cloud by 2022, while Kyobo Life Insurance in South Korea announced it will transfer its big data system to AWS. Microsoft, meanwhile, signed an agreement with Bank of New Zealand to migrate a thousand applications to Azure in a project dubbed M1K.

In the SaaS space, significant deals included Kawasaki Engines signing with Salesforce for its manufacturing cloud, and PUMA India, an arm of the Germany-based athletic and casual footwear and apparel maker, leveraging Salesforce’s commerce cloud to improve online user experience.
New Zealand’s Zespri International, the world’s largest marketer of kiwifruit, signed to become one of the first SAP customers in the region to use the SAP S/4HANA private cloud edition. BHP, meanwhile, is using Microsoft Dynamics to keep rural Australia mining employees safe.

Within the ITO segment, two application development and maintenance (ADM) awards stood out: Accenture will implement a cloud-based system for Shiseido, the Japan-based cosmetic and personal care multinational, and Mitsubishi Motors extended its IT infrastructure contract with IBM Japan for another five years. 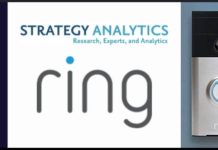