COVID-19, an equal opportunity destructive force made no distinction between national boundaries, ethnic origins, economic status, religious beliefs or any of the myriad other criteria that people conventionally use to separate ‘us’ from ‘them’. A year of living with it, has shown some distinctions in the way we have reacted and dealt with the pandemic.

As people and cultures across the globe struggle to make sense of this new reality, and are faced with new challenges every day we try to explore a few societal trends that seem to be emerging in response, using some of Hofstede’s cultural dimensions(reference Geert Hofstede’s cultural dimensions’ theory). We are also putting forward our hypotheses on how these trends have changed over the last one year.

Acceptable Authoritarianism on the rise:

In the beginning of 2020, the perceived swift, efficient and what seems to be a very successful suppression of the initial Covid-19 outbreak in China, seemed to stand in sharp contrast to the comparatively floundering response of the Western democracies across Europe and the US.

The authoritarian societies were able to enforce fast, efficient, and all-encompassing lockdowns whereas themore liberal societies with their laissez faire attitude continued to leave the onus of dealing with the pandemic in the general public’s hand. However, this was soon to change.

As the pandemic progressed, many countries discovered and bought into the virtues of being authoritarian. With the pandemic showing no signs of abetting and many more complications around it following suit, soon the West was also quick to follow and abide by the lockdowns which had been so prevalent in the East.

Europe is under a very strict lockdown for several weeks, and while protests against the lockdown still continue, coronavirus seems to have built a case for `acceptable authoritarianism’.

Collectivist societies have dealt better with the pandemic

Interestingly, the variations in how different countries have responded to the pandemic and the relative success/lack of it, go beyond simple political or governance structure differences. These responses and their results also seem to be a reflection of the degree of individualism embedded within the everyday cultural fabric of societies across the world.

Many open democratic societies in East Asia like Japan, South Korea, Singapore, and Taiwan as well as many in Scandinavia like Sweden, Norway and Finlandhave handled the pandemic better. It can be explained through the spirit of collectivism and voluntary respect for authority that characterizes these cultures. Societies which followed the adage that ‘not only do I have to keep myself safe, but I also have to keep others around me safe’ seem to have performed better in dealing with the pandemic so far.

We saw the same spirit of collectivism and respect for authority reflected when India got out of the lockdown and offices and institutions opened. Compliance and following the rules set by the authorities was a way of ensuring that people were safe and protected. Though the government has relaxed the restrictions, individually different sectors are still taking measures which would ensure the safety of the people- this involved practices around sanitisation, social distancing, wearing masks at work, to no outside entry being allowed.

2020 did make us go through extremely difficult times for which none of us were prepared. The most obvious ways of indulgence like eating out, vacationing/travel and shopping were all curtailed. After a while people realised that they really did not miss any of these avenues of spending money and could do without many of these indulgences.

Staying and working from home led to a blurring of professional & personal lives. With the initial euphoria around learning new skills, spending time with the whole family at home dying down, challenges around lack of `me time’, lack of `my space’ and being overburdened with work surfaced. We have also noticed a change in the definition of indulgence. Indulgence now iscentred towards self-love, self-care and an appreciation and gratitude for `what we have’.

The focus of indulgence has shifted from chasing materialistic symbols to focus on self and one’s well being. Many new year resolutions are revolving around leading a balanced life rather than working towards a promotion or an immense hike in salary. People are taking steps towards switching jobs which maybe pays less but ensures a balanced life.

Power distance measures how a culture measures relationships between people. India has traditionally been a high power distance society with high degree of inequality in the society based on affluence, caste, gender and position of authority.

COVID-19 had cocked a snook at all these differences and also upturned the power imbalances to an extent. The virus had not differentiated between the rich and the poor. However as the virus has progressed, the financial and social impact of the pandemic is most severely felt by the lower classes and women.

The harsh lockdown rendered many of the migrant and blue collared workers jobless. Many moved back to their villages to draw comfort and support from the familiar, however soon the harsh realities of life and lack of work pushed them back to the cities. With the advent of online schooling and classes, the lack of an infrastructure and ability has put a brake on the lower classes aspirations. Education, which was considered to be an equalizer and provided hope for a better future has been out of bounds for many for the last one year.

It is also widely believed that COVID has been a headwind for women’s empowerment movement. While in the initial days there was much talk about men stepping up to do household chores and narrowing of the gender gap, soon things went back to their old ways.

With the lockdown and work and schooling from home, the pressure on the women increased manifold. With schools, day care closed indefinitely many women had to give up their jobs. Oxfam Statistics show that domestic violence grew post the lockdown.

The power distance is not limited to classes or to gender, there is a subtle power play which is evident amongst states in India. When one state takes pride in showcasing lower number of cases over the other due to the specific steps they had taken to contain the virus.

When some states make `Covid negative reports’ mandatory for entering their state, or seal their borders and adopt strict quarantine rules for `outsiders’, while on one hand it was to protect their own people, on the other hand it is subtle power dynamics in play.

The pandemic though was considered to bridge the gaps of the power distance but it has only increased the gap further across different dimensions of the culture & beliefs.

The tussle between faith & science has been there through the ages. History is littered with examples and arguments from both sides. But, from the view point of how the world is responding to Covid – 19, there is only one clear winner emerging. Almost without exception, all countries across religious boundaries have based their response on what the doctors and scientists are advising them – resulting in near-universal acceptance of social distancing restrictions now being imposed all across the globe.

That religious gatherings are now coded as potential epicentres for the infection to transmit and therefore banned across the world, is a telling sign of who has the upper hand. Consequently, another unique aspect differentiating this Covid-19 crisis from previous global disasters, is the case it is making for turning to science not religion when it comes to staying safe in the modern world.

With the vaccine being the only protection against the virus, amongst everyone science has trumped religion. Claims of faith based healing have appeared but have been largely ridiculed as prudence has won out.

Ayurveda and yoga which is ancient science, has been able to break this myth to a certain extent. The `kadhas’, haldi milk etc have found acceptance even amongst the medical community as a safe and trusted way to build immunity. The pranayama practiced in yoga, is considered to be beneficial in improving lung capacity.

Needless to say, while it has been close to a year, we would say it is still early days yet in terms of how the Covid-19 pandemic and the societal response to it is going to play out. Whether the world that emerges on the other side of this crisis is going to be very different from the one that entered it or will we go back to our old beliefs and systems post the pandemic is a question that we need to ponder over.

While we have listed few of the early societal patterns that we have observed, it would be interesting to see the long term impact of some of these changes. 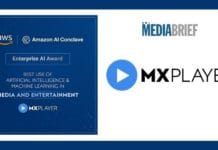 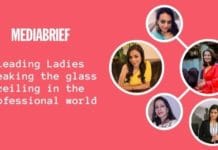 Leading ladies breaking the glass ceiling in the professional world 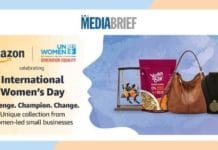