From Mr. Bajaj in Star Plus’s ‘Kasautii Zindagii Kay’ to his recent role as a host in Shemaroo TV’s ‘Jurm Aur Jazbaat’, Ronit Bose Roy continues to steal hearts of the Indian audience all through his career. The actor is one of the gifted few celebrities who seems to be aging like fine wine.

His career graph has also been quite a spectacular transformation from a life in Nagpur all the way to tinsel town. He is a role model for all actors out there to believe that dreams do come true if you are passionate and dedicate everything towards accomplishing it.

Further, roles involving his chemistry with his co-stars on the small screen to his vengeful characters on the big screen, Ronit Roy makes us fall in love with him a little more with each performance. The fluidity and finesse he brings in all his characters prove how phenomenal he is as an actor.

It is impossible to forget some of the characters he has portrayed in the past. To celebrate the actor’s grandeur and revisit the charisma of Ronit, we will be reliving five of his most iconic roles that have made all his fans love him more each time. 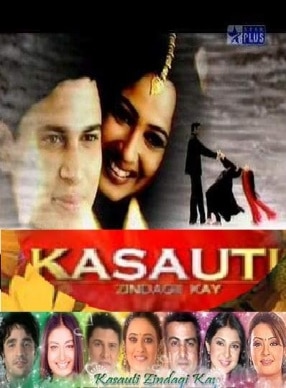 Till today, Mr. Roy is quite often, mistakenly called Mr. Bajaj thanks to the iconic role he played in the original Kasautii Zindagi Kay. He redefined the idea of a ‘Bad Boy’ with his act as Mr Bajaj. He was smart, suave, manipulative and extremely selfish.

Although, Mr. Roy being nothing like that in real life, managed to pull off his reel image to perfection. The character growth shown in the daily soap really makes us admire Mr. Bajaj and even shows the range of roles that Ronit Roy as an actor is capable of.

The show can be viewed here Ronit Roy marks his comeback in the TV industry after a 5 year long sabbatical with Shemaroo TV’s show ‘Jurm Aur Jazbaat’. The show, Mr. Roy claims, touched his heart and showed the raw emotions one feels while committing a crime.

The show’s life-like stories along with the great cast is what made Ronit return to the TV sphere as a host to the crime thriller show. You just cannot miss. The show just celebrated its launch party on the 22nd of February and released on Shemaroo TV on 23rd February 2021 and can be enjoyed every Monday to Friday 10pm and again at 12pm

Watch the episodes on Shemaroo TV 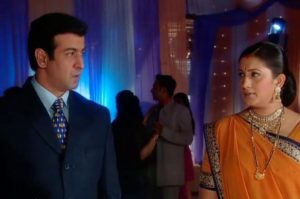 Initially, when the face of Mihir changed, which happens often in Hindi Drama shows, fans were disappointed and heartbroken.

However, the elegance with which Ronit Roy handled the role of Mihir instantly brought him love and praises from fans and audience. The vulnerability shown by Roy while playing the character has touched a part of every viewer’s heart.

The show can be watched on Disney + Hotstar

The court-room drama portrayed Roy as a defence attorney, K. D. Pathak. He played the role of a witty and unconventional lawyer, ready to delve deep into every case and stand by his client till justice is served.

Mr. Pathak, aka, Ronit Roy, much like his real life, showcased an amazing eye for details and insatiable thirst for knowledge in his character. The seamless and effortless style he portrayed onscreen as K.D. Pathak is quite parallel to his easy going nature in real life. For one of the episodes, Roy also learned magic as his character demanded him to know it. Needless to say, he carried the act very gracefully and enthralled the audience.

You can watch the show on SonyLIV 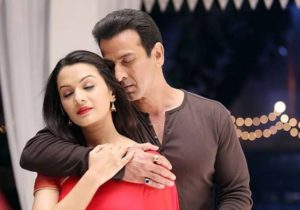 As much as we have loved watching Ronit Roy and Pallavi Kulkarni playing the much in love Neil and Ragini, we have been in awe of their constant nok-jhoks and their duo has taken #CoupleGoals to a whole new level for every Indian who has and has not seen the show.

Neil’s sarcastic comments delivered with complete conviction gives us a peak at Ronit’s real personality in his reel life character. The light hearted and fun element of the show can be re-watched time and again by its audiences.

Watch the show on SonyLIV