All dance and pure entertainment – Zee Café’s first original production Dance With Me got off to a flying start! Together with dance maestros Shakti & Mukti Mohan’s fun chemistry, the first three-episodes have been about blissful dance and total madness!

This week, an old-school touch for the legends is what we have in store for you on this unique dance reality show! ‘YAHAN HAR DANCE KA LEVEL HOGA WHOA.’ To get us up and running Shakti Mohan said, “Mukti, This is my  favourite part of the show!”This episode has everything we want with television’s most charismatic superstar sisters ready to see some extraordinary and inspiring performances.

Expect nothing less than Tribute performances that will leave you amazed! This Sunday is a whole new level of fandom to the greatest of legends, Aye Mohan, Answer and the Hook Step Challenge and more only on Zee Café’s Dance With Me Season 2. Don’t forget to send in your entries using the hashtags #DanceLevelWhoa and tag @ZeeCafe with your videos.

Govinda! Govinda! Govinda! Give a warm welcome to Akash, Govinda’s cousin who has dedicated his life to perfecting different dance forms his whole life. Akash Who has forever idolised his cousin brother, the one and only Govinda  decided to pay him a tribute with a blistering performance on the show.

Do you use age as an excuse? No more! Watch Yasmin, a 56-year-old dance performer give an example on how age is not an excuse. Being a part of the industry for a long time, Yasmin has worked as a dance artist in Bollywood for a long time.

Being around actors, she was inspired by many, but Rekha caught her heart. Watch Yasmin give her hero Rekha Ji the perfect gift with her inspiring and eye watering performance.

In this week’s edition of Aye Mohan Answer! Sanskriti Soul asked the perfect question for the future of dancing. “If my parents don’t want my future to be in dance but I want to continue, what do I do?”

It gets better and exciting from here! Come join us give a special tribute to legends of the Bollywood on this week’s episode of the unique dance show Dance with Me Season 2. Are you ready to go ‘Whoa’? 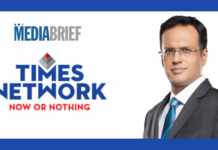