During the recent meeting of Goa Mining dependents under the banner of Goa Mining People’s Front (GMPF) at Kalsai, Dharbandora Taluka South Goa, GMPF, strongly alleged that irresponsible actions of Goa foundation as the reason for stoppage of Goa Mining industry which has resulted in loss of over 3 Lakh livelihoods and complete collapse of state economy.

GMPF also urged Hon’ble Prime Minister of India Shri Narendra Modi for his immediate intervention for resumption of Goa Mining, before Goa loses its fourth consecutive mining year due to the mining ban imposed by the Hon’ble Apex Court of India.

– GMPF slams Goa foundation for stoppage of Goa Mining leading to massive socio- Economic destructions in Goa on account of its irresponsible action.

– GMPF questions Goa Foundation whether it is in favour of mining resumption so that Goans get their livelihood and strongly urges Goa foundation to support immediate resumption of Goa mining during the upcoming court hearing.

– GMPF expressed concern about Goa’s increasing unemployment rate and continuous decline in Goa’s Growth rate which is well behind the National Growth rate.

– GMPF condemns Goa foundation for intentionally creating repeated hurdles to the Mining activities in the state and strongly urges Goa foundation to support immediate resumption of Goa mining during the upcoming court hearing.

In the response to Central Govt Notice dated 24 August 2020 posted by Ministry of Mines on its website for public consultation called, “Note on Proposal for Mining Reforms, the GMPF had suggested to the Central Government to consider amendments to ‘The Goa Daman and Diu Mining Concessions (Abolition and Declaration of Mining Leases Act, 1987, by making this abolition act prospective from 1987 by amending the current provision of it being retrospective.

This suggestion was in line with State of Goa who has been reportedly written to the Union Government on multiple occasion since 2018 for legislative cure/amendment, which shall clarify the period of Lease until 2037 by making Abolition Act Prospective (i.e. 50 Years as mandated under MMDR Act 2015). 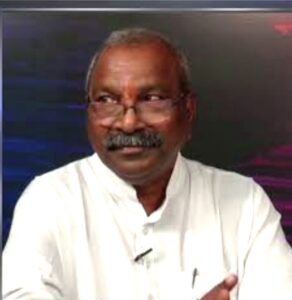 While Addressing the meeting GMPF President Puti Gaonkar, said, “We strongly criticize the Goa foundation for repeatedly causing trouble to all mining dependents in the state, leading to the miserable situation for all of us with no source of income. Goa’s mining industry and the livelihood of lakhs of mining dependent population has been neglected in the last three years.

“On the platform of GMPF you people engaged in the mining industry from all vocations where there it be truck drivers and owners, barge workers, workmen, etc has Goa Foundation bothered to be even think about well-being of us or our children over the past 3 years.

“They are only interested in promoting their own agenda with absolute disregard towards the well-being of State of Goa or its people. We wonder why Goa Foundation is active only in opposing development projects in the State, is the Goa Foundation representing driving agenda of external forces which wants to see us Goans poor and improvised.

“We were hopeful that in the reforms package for Atmanirbhar Bharat for Mining Sector the Centre would consider amendment to the Goa Daman and Diu Abolition Act, however the same we understand was not a part of it. Its surprising that mining activities have not resumed for the last 3 years despite there being a BJP Government at the State and Centre,” Gaonkar said.

Balaji Gauns, Dharbandora Taluka Truck Owner’s Association, said, “Goa Foundation should stop claiming that they are the sole claimants to the state’s welfare. Like our president rightly pointed Goa Foundation or it’s so called messiahs have not bothered to come and visit the villages in the mining belt to look at our plight.

They should immediately stop their agenda and to support the immediate resumption of Goa Mining during upcoming court hearing and not to create anymore hurdles for resumption of mining, failing which the anger of mining dependents on account of 3 years of deprivation would come bursting out, there is only so much we can bear.

As a representative of Panchayats I also demand immediate action from the Union Home Ministry on our representation previously which sought investigation into Financial dealing and other aspects of Goa Foundation. We suspect a strong foreign hand behind them who wants to destabilise our country and State.

Hon’ble Prime Minister during election campaign had acknowledged the severe impacts due to stoppage of Mining and had assured the required intervention for immediate resumption of mining in Goa but despite of BJP lead Govt. at State & Centre ,yet decisive steps remain to be taken. If an immediate solution is not developed, the fate of Goans will languish amid a global economic slowdown during a pandemic.

The immediacy to break the livelihood stalemate in the state rests on the fact that tourism, Goa’s biggest revenue and employment generator is expected to be on a standstill for the next 4-5 quarters. In the absence of mining activities generating livelihood in the state, Goans stare at a bleak future egged by financial uncertainties.

Over the past three years, mining dependents have met and submitted various appeals/representations/memorandums seeking intervention and action from the authorities at the State and Centre level including Honourable President of India, Honourable Prime Minister, Union Home Minister, Union Mines Minister, Union Law Minister, Chief Minister of Goa, various MP’s cutting across party lines, and bureaucrats at Centre and State to take note of the plight of the people of Goa. 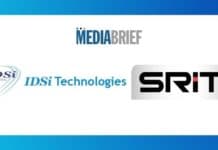 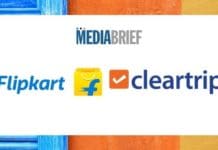 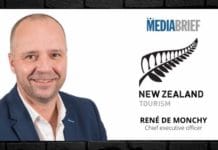 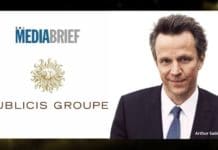