Free Fire, the world’s most downloaded mobile game in 2020 and 2019[1], is all set to celebrate a colourful Holi with Survivors across India. Developed and published globally by Garena, Free Fire has lined up a host of exciting activities, rewards, and more for Survivors to enjoy this vibrant festival, which will culminate in the event’s peak day celebrations on 28 March.

Garena’s Holi event builds on its continuous efforts to offer truly localised experiences to the Indian gaming community, while also allowing them to enjoy the festival of colours from the comfort and safety of their homes.

As part of the Holi celebrations, Free Fire will be dropping its official Holi 2021 music video, “DNA Mein Dance”, on the festival’s eve on 27 March, which will star one of India’s biggest superstars, Hrithik Roshan, as his in-game character, Jai.

The fun and catchy dance number is composed by celebrated Indian composers, Vishal & Shekhar, and sung by Vishal Dadlani, with lyrics by the legendary lyricist Kumaar, and curated and developed by Universal Music India. The song will be available across the top music platforms in India.

Committed to the spirit of #IndiaKaBattleRoyale, the music video brings together some of the biggest names in the Indian entertainment industry, showcasing Garena’s efforts to engage with the expansive gaming community in the country through localised content.

Vishal & Shekhar, said, “‘DNA Mein Dance’ is an absolute earworm that we created specially for the Free Fire community to celebrate Holi. Just like the festival, the funky number is all about having fun, and are delighted to have teamed up with Hritik and UMI to bring the music, film, and gaming communities together to enjoy this occasion.”

In the last two weeks, Survivors have worked hard to collectively take down the Demoness and restore all of the colours she stole back to the game. Peak day will be on 28 March, for which Survivors will need to get ready with their colour palette, log into the game, and play to earn exciting rewards!

The slew of in-game events include the login and playtime events, for Survivors to win a Netherworld Troop’s Blade and 50x Cube Fragments. From 28 March, Survivors can also collect rewards like the Punkster Runner Bundle and the One-Finger Pushup emote from the “Fight for colours” and “Restore colours for Free Fire” events. Additionally, to celebrate Holi together and make it even more special, Free Fire will reward Survivors who call back their old friends to the game with a Neon Bunnyhead mask.

Free Fire has rolled out a three-part web series production, Game. Set. Match, which follows Survivors Jay and Meera, who meet by chance in-game, forge a friendship, and unleash their true colours. The recently released videos have collectively garnered over 6 million views across all official social media channels.

Painting the city of Mumbai with Free Fire

That’s not all! As part of the vibrant Holi campaign, Free Fire has brought the city of Mumbai alive via giant-sized graffiti artwork of your favourite Free Fire characters. Visit the following locations in the city to take in the colourful masterpieces:

This Holi campaign takes forward Garena’s efforts to entertain and engage the Free Fire Indian community with localised experiences specifically tailored to their preferences. Some highlights include India’s Republic Day event, the introduction of Hindi into the game, the streaming of esports tournaments in local languages, and the hosting of community engagement events such as a YouTube influencer engagement party in Goa.

Last year, Free Fire also introduced the “Light Up Bermuda” campaign to celebrate a #FreeFireDiwali with all its fans across India; partnered with superstar Hrithik Roshan in the “Be The Hero” campaign to launch the game’s first playable Indian character; and developed the #IndiaKaBattleRoyale digital and outdoor campaigns.

[1] Across the Google Play and iOS App Stores combined, according to App Annie. 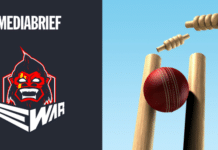 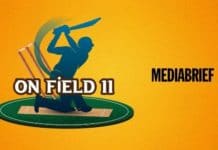 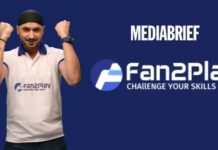 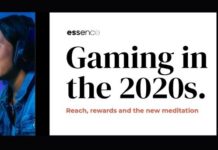