Formula E has announced a new multi-year media partnership with Star India to broadcast the pinnacle of electric motorsport live across the Indian subcontinent.

Disney+ Hotstar will show all of this weekend’s DHL Valencia E-Prix qualifying and race sessions live, including a specific Indian race feed.

The partnership will see Formula E and Star Sports collaborate on bespoke content with a 30-minute live build up show ahead of each race. Star’s linear and digital channels will provide year-round editorial coverage and comprehensive scheduling of non-live programming, telling those stories from across the paddock which are most relevant to Formula E fans across the Indian subcontinent.

With a strong following in the region, the fortunes of India’s Mahindra Racing team will be a natural focus for Star India’s coverage, as the team looks to add to the four race wins and 15 podiums it has achieved since joining Formula E as one of the ten founding teams. It remains the only Indian manufacturer and team in the series. 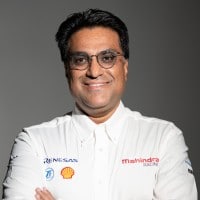 Dilbagh Gill, Chief Executive Officer and Team Principal of Mahindra Racing said: “We are very excited that Formula E will be broadcast on Star Sports from this season onwards. We know that sports fans across India love to get behind their national teams, and now we will be able to bring edge-of-the-seat, unpredictable electric street racing to many more homes across the sub-continent.

“We look forward to bringing viewers exclusive content from the very heart of the action and to delivering on track results across the season to make our fans proud,” Gill said. 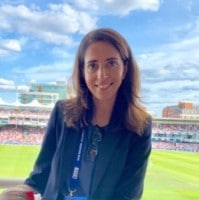 Aarti Dabas, Chief Media Officer of Formula E, said, “Star, including Disney+Hotstar,is the leading sports and entertainment platformacrossthe Indian subcontinent, which has revolutionised the way sports are consumed in India across different genres of content. It is also a platform that delivers important messaging of inclusion and sustainability through its diverse programming.

“I am confident that through its bespoke content approach focused on the Indian fans, this new partnership will engage more people inthe most unpredictable racing series in the world, its world-class drivers and Formula E’s vision to accelerate sustainable human progress through the power of electric racing,” Dabas added.