Parineeta Rajgarhia, the founder, Zero Latency, Mumbai, speaks about Zero Latency’s launch in India, the response of audiences, the challenges she faced while setting up this free-roam multiplayer virtual reality offering. She addresses how VR will revolutionize the gaming industry and shares how she plans to revive the footfalls post-pandemic.

Parineeta is an investment banker turned entrepreneur who aims to make VR gaming mainstream in India. She believes that gaming today is becoming more and more social, and with the right technology and experiences, we can transform gaming forever.

Tell us about Zero Latency, its launch in India, and your journey as an entrepreneur?

I love travelling and trying new experiences. I was in Bangkok in early 2019 and experienced Zero-latency there. I was blown away by the experience. I was amazed by the way it transports one to a different world. I had never tried anything like this before.

I then thought that India definitely is the right market and needs experiences like this for people to enjoy on weekends and a change from the usual monotonous office dinners and off-sites. It is something revolutionary and VR is the future, so why not! That’s how the idea of getting this to India cropped and here we are – with the mind-blowing revolutionary experience.

On a lighter note, the avid gamer that my husband is it added to my confidence that the concept is required and will have a fantastic market in India, and which better city to start from than Mumbai!

Zero Latency Mumbai received an overwhelming response from the people of Mumbai. We have had all age groups of people (10-60 years!) and held birthday parties for kids from 10 years to 45- year-old men/women. There was amazing participation by the corporate too for their off-sites and office parties! So, we received a great response from Mumbaikars, and hence, I believe my decision to choose Mumbai over any other Indian city was spot on!

Having said that, with the pandemic and Maharashtra among the worst-hit states in the country, it has been very challenging. We all hope this passes soon and business is back as usual!

Tell us about Zero Latency’s offerings, its USP, and who is your core target consumer? 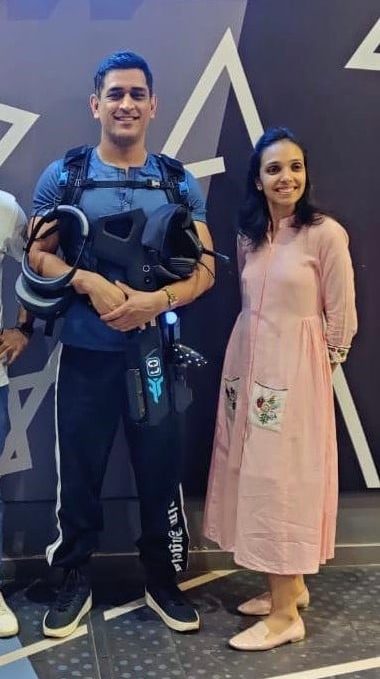 Zero Latency is the global leader in Free Roam multiplayer Virtual Reality (VR) entertainment. It is an Australia-based company. As of March 2021, Zero Latency is present in 46 locations across 22 countries. With state-of-the-art wireless technology and motion tracking, Zero Latency offers the next level of social gaming in a warehouse-scale (2000 sqft) free-roam physical space.

Free-roam VR allows users to move freely in an open space and not be constrained by cables and other immobile equipment. Zero Latency incorporated the social element in the VR experience by accommodating up to 8 players in the same game at the same time!

We have games for all ages from 8 years and above, however, we see higher traction in consumers from 16-44 age group men and women! Our core consumers largely constitute corporates for their team-building activities, youngsters and groups holding birthday, bachelor, and kitty parties as well as families who want to try new experiences and have a fun evening together!

So largely, our target consumers are everyone who wants to have a world-class experience that gives them the adrenaline rush and consume them into a world that will blow their mind forever!

What kind of response have you received so far from audiences?

The response has been overwhelming and I must say, Mumbai has been kind to us! It was the right market and the Mumbaikar’s were clearly ready for this!

Having said that, it was very challenging initially to get the footfalls, it is a very new and different concept; it was quite tough to explain how Free Roam VR is different from VR! But given the experience it is, referrals clearly helped us a lot and we are thankful to each of our guests who have tried and loved it!

As the VR Gaming industry is still at a nascent stage in India, what were/are the challenges you have faced? And how did you overcome them? 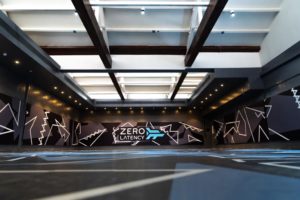 Yes, the VR Gaming industry in India is at a nascent stage, but the rate of its growth is very impressive which can also be witnessed by the way Zero Latency’s offerings were accepted by our customers.

However, setting up and selling the concept in the Indian market was quite challenging due to the technical requirements for a concept like this. For instance, finding a ~2000 sq feet of pillarless area in the hub of the town was quite tormenting.

Further, with the concept being too new, getting each stakeholder on board like a marketing team and telling them what they need to really sell was a task. So, more than experiencing the challenges from a nascent market, explaining how the product was completely different from what they had experienced before was the real task!

Well, this might sound cliché, but we managed to fight it all with the right people who understood our experience without having experienced it at all and once launched, the product itself did its job! As stated before, Zero Latency is not only for the gamers, it is an experience for everyone who wants to be transported to a different world and experience something completely mind-blowing!

What is the current market size of the VR Gaming industry in India, and what are the opportunities for brands?

Within the region, South Korea and India are expected to witness remarkable demand for VR games led by the higher disposable income of these countries and technological advancements in the gaming and entertainment industry. 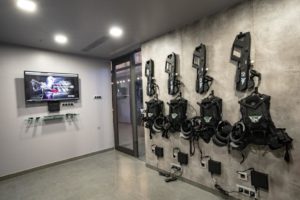 However, with the pandemic hitting the world hard in 2020, we believe this growth would have witnessed a setback and it could take a while for the VR gaming industry to come back on track owing to its higher cost. Having said that, we believe that the slump would be there only for a few years and futuristic VR technology is here for the long run to revolutionize gaming forever!

While we believe that VR gaming would be the highest growth driver for the gaming industry in the years to come, the factor that restricts the adoption of VR in gaming is the cost and the absence of social experience.

There is intense competition among players (HTC, Facebook, Google, Sony) in the VR gaming market to provide cost-effective VR headsets and penetrate the market to increase the consumer base.

Further, millennials and Gen-Z is more attracted to premium VR gaming experiences that offer heart-pounding lifelike experiences in simulated setup along with their friends. Hence, for VR to become the mainstream in gaming we believe companies need to shift their offerings to the active and social gaming experience, which is a step ahead from the current individual and stationary concept of VR gaming companies that focus on VR gaming arenas and free-roam VR experiences for people to enjoy the experience along with their friends and family would be the leaders in the segment.

Further, with age and gender not being a bar anymore to enjoy such an experience, we believe there is a huge opportunity that lies ahead for the VR gaming companies!

Marketing a product meant to be experienced is of course a challenge. How has Zero Latency fared on that front? (Marketing approach/ campaigns)

Marketing was a challenge right from the launch to re-launch after the pandemic. We had done a mix of both traditional marketing (PR and advertisements) and digital marketing for our launch.

However, we believe the thing that worked for us was word of mouth due to our ‘out of the world’ experience which people had never experienced before.

What has been the pandemic’s impact on your business, and how do you intend to revive the pre-pandemic footfalls once we return to normalcy?

Zero Latency Mumbai was opened in August 2019 and within 8 months of operation, we were shut for almost the next 8 months! We were open for the next 4 months again when the second wave kicked in and it is getting tough to find our feet now!

With gaming and VR experiences being a nascent industry in India, there is little coverage on the impact on entertainment formats like ours compared to other options like movies and theatres. In the current scenario too, entertainment was the first to shut and last to open which has made it tough to get people back after a break. Further, being a start-up has its own challenges which restrict our ability in terms of marketing spends to bring back the customers.

In a format like ours, where we can hold private sessions of max 8 people at the same time (thereby creating a small social bubble) and each and every piece of equipment being sanitized after every gameplay (even pre-covid) needs to get across to the customers. We understand that risk is limited in our arena but we have to give the customers the time to make an informed decision and hence, getting back the footfalls has been quite challenging.

For the revival, we need support from all stakeholders in the system and with the damage being so huge, the road to recovery looks slow.

It is estimated that women now make up 40-45% of the Asian gaming population. In what ways will this rising number of women in gaming will change the industry as a whole?

Yes, we see similar numbers in our arena with 40-45% of the players being women and it is noteworthy that there are two categories among them – some just come for new experience thrill and rush, while the balance is hardcore gamers.

The shift that I see is that more and more women are open to trying gaming given the YOLO culture. We believe that the rising number of women expands our target consumer base and depicts that everyone is enjoying and adapting to the booming gaming culture.