Dolby Laboratories, announced the launch of one of a kind recognition and rewards program for Music Mix Engineers in India -‘Dolby Atmos Music Mix Engineers Honour Club’. Through this annual program, Dolby will recognize the work of music mix engineers and their contribution to the industry, encouraging them to create more music in Dolby Atmos for an immersive experience for fans.

The Music Mix Engineers from India who have mixed music inDolby Atmos are eligible to apply for the recognition program.

Music mix engineers can register on – https://www.dolby.com/en-in/mme that also list the program’s terms & conditions. Depending on the number of songs mixed in Dolby Atmos, eligible entries will be reviewed by Dolby and rewarded under five milestones – Platinum (500 tracks), Gold (250 tracks), Century (100 tracks), Silver (50 tracks) & Certificate (10 tracks).

Music mixing is a creative process and a perfect blend of art and science. It is aspirational for people learning music to become music mix engineers and Dolby is creating that platform for upcoming music mix engineers to train and enhance their talent. Dolby Atmos Music Mix Engineers Honour Club,list will be announced periodically on Dolby.com. 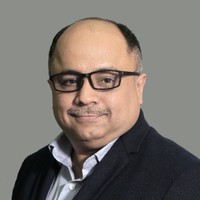 “In order to thank those who have mixed the most tracks in the immersive sound of Dolby Atmos, we are excited to announce an annual rewards program – Dolby Atmos Music Honour Club,” Kedia said.

Ricky Kej, Grammy Award Winning Music Composer and Song Writer, said “I amthrilled that Dolby has started the inspiring Dolby Atmos Music Mix Engineers Honour Club program, to honour the actual heroes of the music creation process. This is a first of its kind initiate, tailer made for music mix engineers in India”.

Shantanu Hudlikar, Music Mix Engineer, said “I am extremely excited to mix my music in Dolby Atmos. I am also very happy that Dolby is creating a platform to recognise this talent through its initiative – Dolby Atmos Music Mix Engineers Honour Club. It will also inspire the aspiring musicians and create opportunities for the music community in India to make spectacular and amazing experiences with their music.”