After months of online classes and barely any downtime to just relax and have fun, it’s time for kids to indulge in some much needed festive cheer! Discovery Kids, the fastest growing kids channel from Discovery India, is all set to make this Diwali, a true celebration for the young ones as it brings new and exciting episodes and brand new Blockbusters of their favorite shows ‘Little Singham’ and ‘Fukrey Boyzzz’.

The fresh and exciting line-up is sure to keep children entertained with their beloved superhero Little Singham and their adorable prankster friends Choocha, Hunny, Lalli and Bholi from Fukrey Boyzzz. 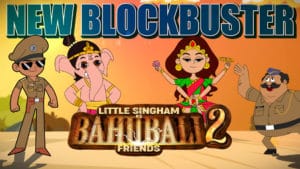 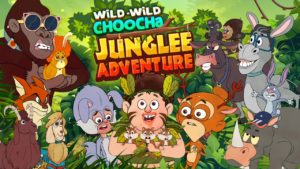 Diwali special movie Little Singham Ke Bahubali Friends – 2’ is premiering on 14th November, where our youngest Supercop joins hands with his bahubali friends Little Hanuman, Lord Ganesh and Goddess Shakti while to defeat the demons, followed later in November by pranksters Fukrey Boyzzz taking the viewers on a laughter spree with fun movies ‘Wild Wild Wild Choocha – Junglee Adventure’, on 28th November, where Choocha turns into Cutipie Choonimal, whose cuteness can put onlookers into a daze, to save his junglee friends. 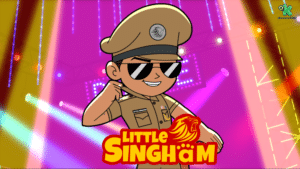 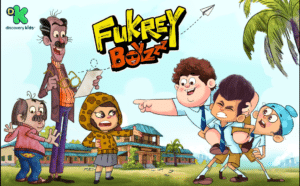 In December Little Singham packs the punch as teams up with his newly formed super squad to foil a bigger threat in ‘Little Singham Super Squad’, followed by ‘Funtastic Fukrey’ a fanstasy adventure with a Fukrey-twist and ‘Bade Miyaan Chote Miyaan’, featuring Choocha who transforms into a gentle-giant after wishing the same from a shooting star leading to comic situations.

Discovery Kids further aims to keep children engaged with its initiative ‘The Superhero Academy’, launched during pandemic, aimed at celebrating the superpower of kids who in their own innocent and courageous way help their family, their community. The successful initiative aims to recognize the little efforts children put in at home to give their family a helping hand and keep the spirits alive during the tough times of COVID.

Uttam Pal Singh – Head of Discovery Kids, said, “At a time when kids and families don’t have the opportunity to go out, we aim to provide them unlimited and meaningful entertainment in a manner which allows them to enjoy both – their childhood and the festival season the way they normally would have.”

“Our thrilling new blockbusters and new episodes of kids favourite characters, Little Singham and Fukrey Boyzzz have been lined up to engage them from the comfort of their homes which for sure are going to be a delightful treat not just for the kids but also for the parents who want this festival to be great family affair,” Singh added.