The FIA and Discovery have agreed a long-term partnership for the promotion of the groundbreaking FIA Electric GT Championship launching in 2023.

Discovery, the global media group, was appointed by the FIA with its subsidiary, Eurosport Events, winning a competitive tender process to become the worldwide promoter of the FIA Electric GT Championship.

Discovery has a long-standing involvement in electric racing and sustainable motor sport. Through Eurosport Events it is the global promoter of PURE ETCR, the world’s first all-electric multi-brand touring car championship, which was recently upgraded to FIA eTouring Car World Cup status from 2022.

By partnering with the FIA to create and promote the FIA Electric GT Championship, Discovery is taking another strategic step into electric racing. Its expertise will develop a long-term platform for premium manufacturers to showcase their flagship GT cars and innovative technologies.

In addition to the FIA’s role as technical and sporting regulator, Discovery’s expertise will ensure the championship has the commercial stability and global promotion to thrive.

The Discovery group’s scale and depth of global consumer platforms, broadcast channels and media brands will raise awareness of the FIA Electric GT Championship worldwide. Discovery will maximise reach and audiences for the series globally. It will manage and optimise international multi-media rights distribution, which it is already doing for a number of premium sports properties including the Olympic Games and the PGA TOUR.

In 2023, the FIA Electric GT Championship will be made up of a minimum of six international events across Europe, Middle East and Asia, staged at a variety of iconic and challenging circuits, with the expectation to expand to the U.S. for season two.

The FIA Electric GT Championship is intended to sit on top of the GT racing pyramid in terms of technology development, design, aspiration, at the same time remaining cost-effective and running in the current GT3 performance window. The FIA Electric GT will be the first FIA championship to feature 700kW super-fast charging pit stops to ensure cars will always race at the highest level of their capacities whilst at the same time showcasing the future of electric charging infrastructure.

Each FIA Electric GT Championship round will be staged within a spectacular two-day format. Saturday will consist of a qualifying sprint race followed by Sunday’s 45-minute main race featuring super-fast recharging pit stops.

As a global platform to promote electric mobility, FIA Electric GT Championship will play a major role in motor sport’s continued transition towards sustainable racing. In partnership with the FIA, Discovery will ensure net zero-carbon races and events from year one, using renewable energy sources and reforming every step of its organisation standards to meet that objective. Yet, every Electric GT event will offer fans the opportunity to engage with electric mobility at a dedicated theme park in the paddock area, offering a rich and sensorial experience to feel the power, innovation and attractiveness of electric cars.

The creation of an all-electric championship for GT cars reflects the FIA’s #PurposeDriven movement that embodies motor sport’s positive contribution to areas such as health and safety, the environment, diversity and inclusion as well as community involvement and development.

With existing involvement in Esports development, Discovery and the FIA share the ambition to engage a new generation of motor sport fans and have a built-in Esports component within the FIA Electric GT Championship. More details will be announced at a later stage. 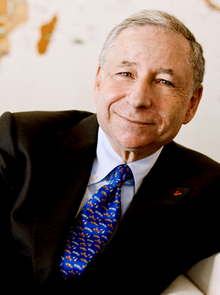 Jean Todt, FIA President, said, “Today’s FIA Electric GT Championship announcement is an important milestone for the FIA. This concept is groundbreaking, sustainable, innovative and embodies our race-to-road approach in terms of technology transfer, making it relevant to manufacturers and road users.

“It is therefore important that this competition is in good hands in terms of promotion. In Discovery, and its subsidiary Eurosport Events, we have a strong partner experienced in promoting world level motor sport,” Todt said. 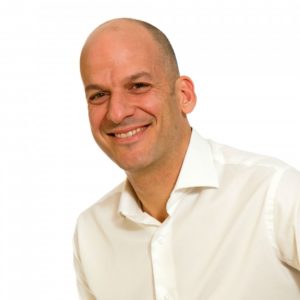 Andrew Georgiou, Eurosport and Global Sports Rights & Sports Marketing Solutions President, said, “Discovery is always striving to develop deeper and more expansive relationships with federations and event owners. In the case of the FIA, we are lucky to be associated with a leadership organisation that has such an ambitious vision for the future and drive to innovate.

“The FIA Electric GT Championship brings a completely different format and technical approach to electric racing, providing a complementary series that contributes to an enhanced overall offer for fans and manufacturers. It is a perfect fit for Discovery given our long-standing belief in electric racing.

“Our commitment to supporting the development of sustainable racing from an early stage spans being a shareholder in the ABB FIA Formula E World Championship since 2014 and, through Eurosport Events, becoming global promoter for the world’s first all-electric multi-brand touring car championship, the FIA eTouring Car World Cup.

“While Discovery’s heritage is in global broadcasting, today we deliver a full 360 offer from global multi-platform distribution to live event production to the full range of brand marketing solutions and event promotion. We are excited to bring all this to the FIA Electric GT Championship, building on Discovery’s long-standing commitment to electric motorsport as a global platform to promote electric mobility and sustainability,” added, 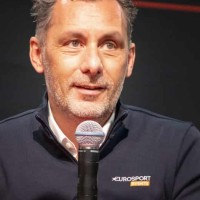 François Ribeiro, Head of Eurosport Events,  said, “It is a privilege to grow our 17-year partnership with the FIA. For the first time, we will put the full power of Discovery behind Eurosport Events, allowing us to meet the expectations of premium car manufacturers and develop a powerful new flagship asset in Electric GT.

“We share a common vision with the FIA for a next-generation Championship that features advanced technologies and outstanding electric mobility performance, all delivered through exciting and sustainable racing.

“As the performance segment of the automotive industry continues to rapidly convert to an electric future, Electric GT will provide a global stage to showcase the aspirational GT electric cars and super-fast charging capacity, which will become available for consumers tomorrow to recharge their cars within a few minutes,” Ribeiro said.