Come November, major artists in the Indian music scene will take turns to reinterpret the musical genius of their global heroes as part of the new music property, Paytm Insider Presents Jim Beam Originals. Indian musicians from varied disciplines and genres will draw inspiration from their roots to recreate international hits in their own hues.

Jim Beam Originals will open the proceedings with Indipop giants Colonial Cousins on November 7. This multicultural outfit will be seen giving Eagles’ famed discography a spin of their own. A fortnight later, acclaimed Bollywood singer Shalmali will remember the time airwaves were replete with the beats of The King of Pop. With diverse approaches to international favourites, this is set to be a matchless start to weeks of musical innovation.

Comprising singer-composer Leslee Lewis and singer Hariharan, Colonial Cousins acquired much fame with their debut eponymous album in 1996. Since then they’ve created a distinctive sound that combines their own multi-disciplinary musical influences. So, dabbling with Eagles’ works shouldn’t come as much of a surprise.

Leslee Lewis, singer-composer, said, “Eagles are all-time favourites! This is going to be a radically different set to our other performances as we will not be doing the popular Colonial Cousins songs; instead, you will get a taste of this iconic band through the lens of our music. We are discovering interesting ways to keep the essence of their music alive but will definitely blend it well with our sonic identity.

“We are supercharged to be part of this one-of-a-kind series along with the good folks at Paytm Insider. Jim Beam Originals is a challenging, yet exciting proposition for the both of us to create a brand-new set for our fans along with fans of The Eagles,” Lewis added.

Scheduled as 60-minute sessions, each performance is curated to give Indian musicians a blank canvas to reimagine famous works in their own signature style, thus giving the audience sounds that are new, yet familiar.

Hariharan, said, “This set is going to be big respect to the Eagles in a mildly Colonial way. The audiences can expect to hear their favourite Eagles songs with a dash of Colonial Cousins’ essence, not a complete remake of the originals. Add a dash of tabla and flute as well as the essential guitars and vocals to these legendary hits, and we have an interesting blend.”

Jim Beam Originals finds that its greatest creative satisfaction lies in perfecting that rich blend. Shalmali, who takes on the enormous mantle of Michael Jackson’s repertoire, recognises the artistic duty she has towards her own fans and Jackson’s. 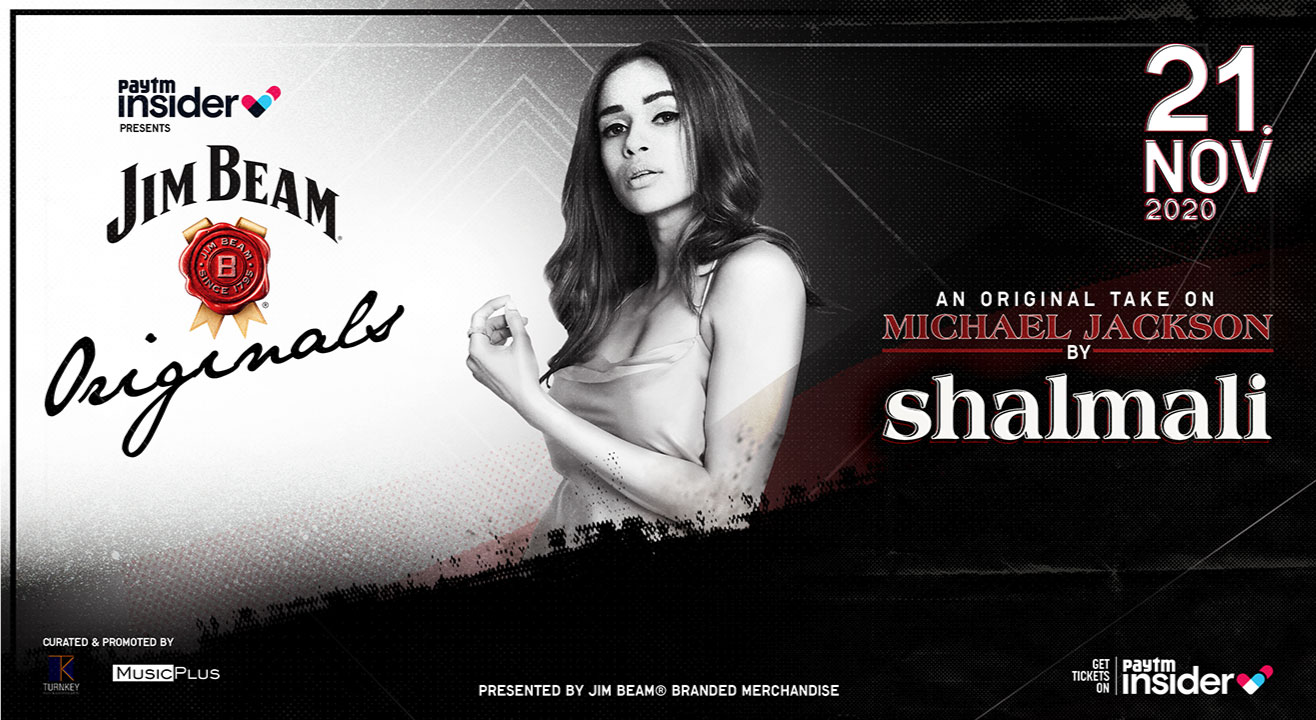 Shalmali, said, “It is an honour to be a part of the Jim Beam Originals series and to offer my take on the King of Pop — Michael Jackson. I feel an immense sense of responsibility to perform this set because of the kind of love that the world has for Michael Jackson, which includes me! I’ve grown up listening to Michael Jackson, like others my age.”

What sets Jim Beam Originals apart from regular cover versions is that the essence of the original composition is imbibed by the Indian artist, who then harnesses a bit of themselves to create a standout musical melange. Shalmali adds, “I’ve never had the opportunity to do a set like this and I intend on making it special in every way possible — musically and with as much choreography as is possible. It wouldn’t be representative of Michael Jackson if it didn’t have dancing involved.”

Tickets—including a season pass to access all sessions—are available on Paytm Insider. The ticket prices will range from Rs 299 to Rs 499 per show with the season pass priced at Rs 1500. Get tickets at: https://bit.ly/PRM-PaytmInsider-JimBeamOriginals