Chrome DM‘s Chrome Ad Sales reveals that during Week 17/2021, Sun TV, Star Plus and ABP Ananda were among the top 10 channels by count of advertisers. Chrome Ad Sales further highlights the Gain/Drop rate across genres, categories, and advertisers that took place during the week.

Top 10 channels by count of advertisers

Sun TV leads with maximum advertisers across all genres in WK 17 followed by Star Plus, and ABP Ananda. As per Chrome Ad Sales, 143 advertisers backed Sun TV during Week 17. 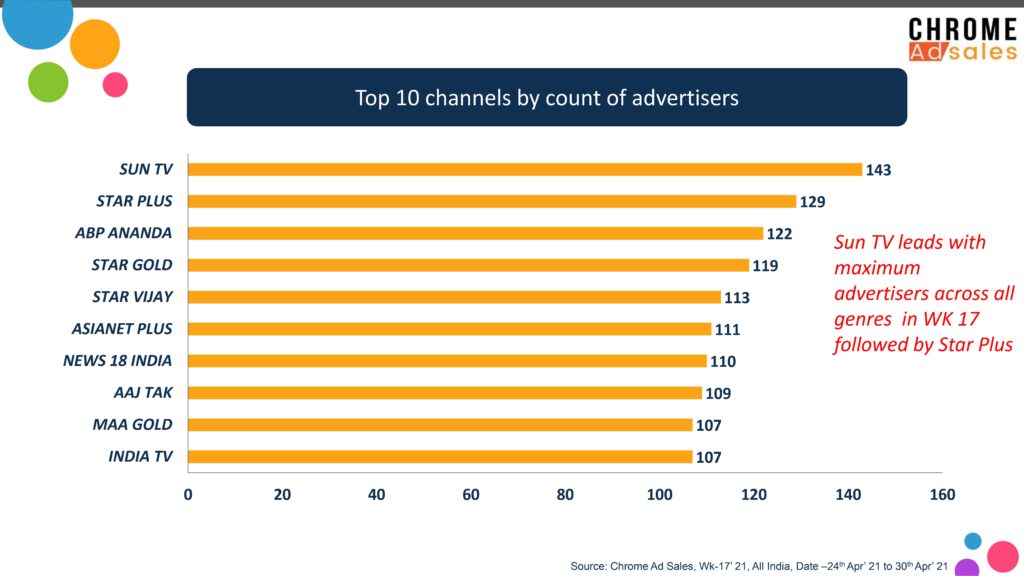 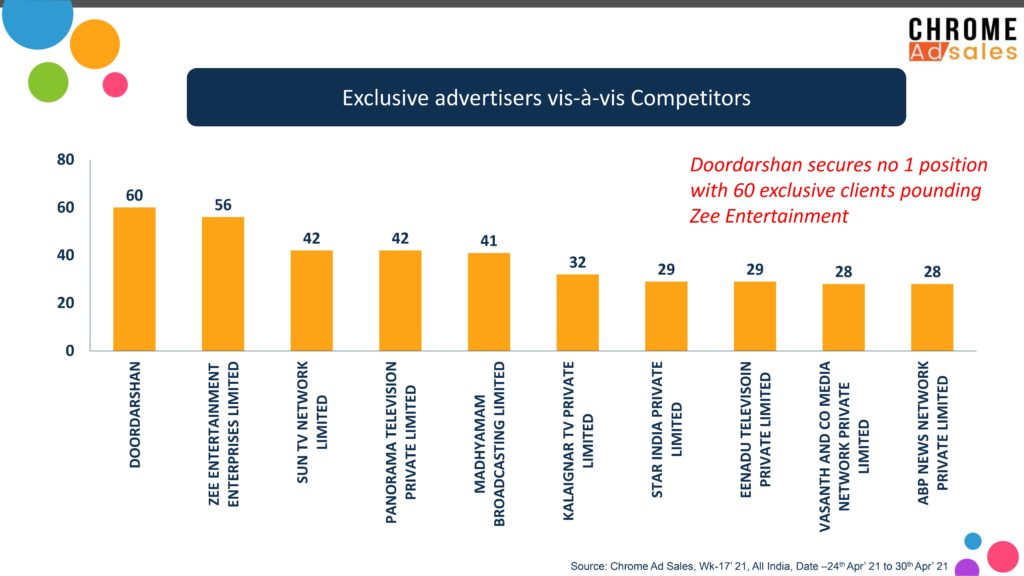 Other channels on the list were Panorama Television, Madhyamam Broadcasting Limited, Kalaignar TV, Star India among others.

In week 17 Religious genre saw a surge in advertisement with 15% growth led by 9 new advertiser, followed by English Movies. During week 17 Infotainment struggled the most with a ~9% drop. 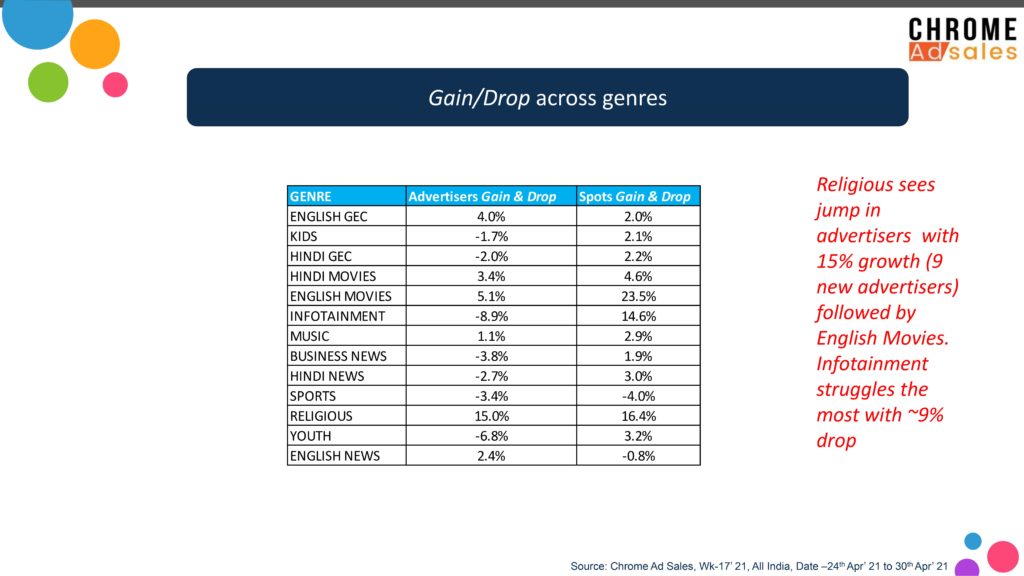 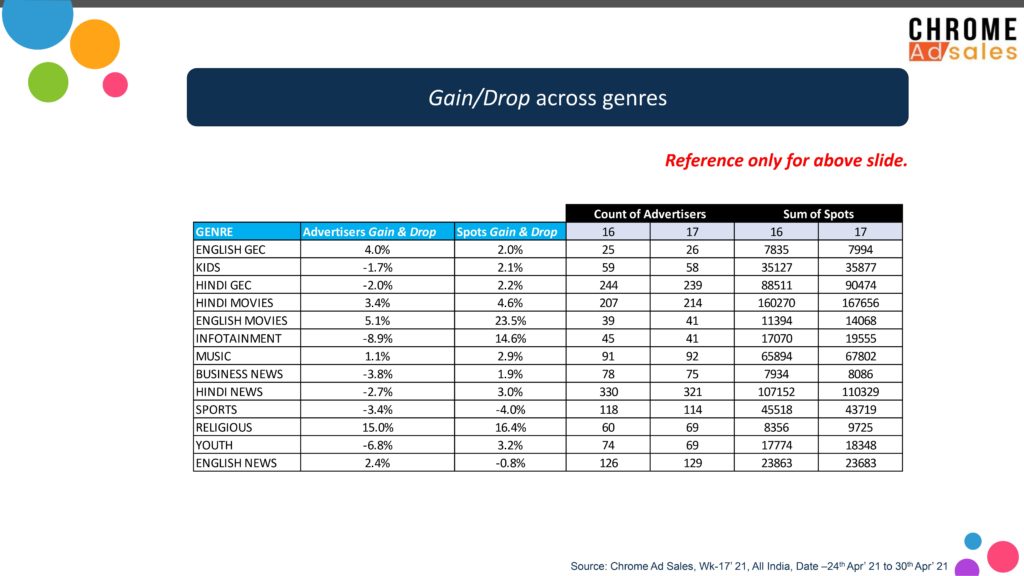 Gain/Drop across genres by channel 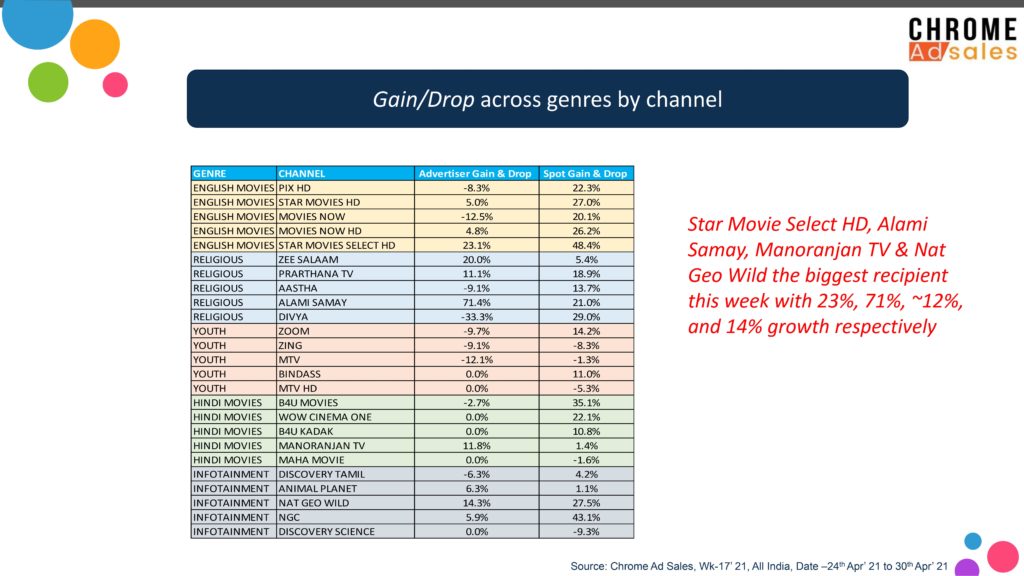 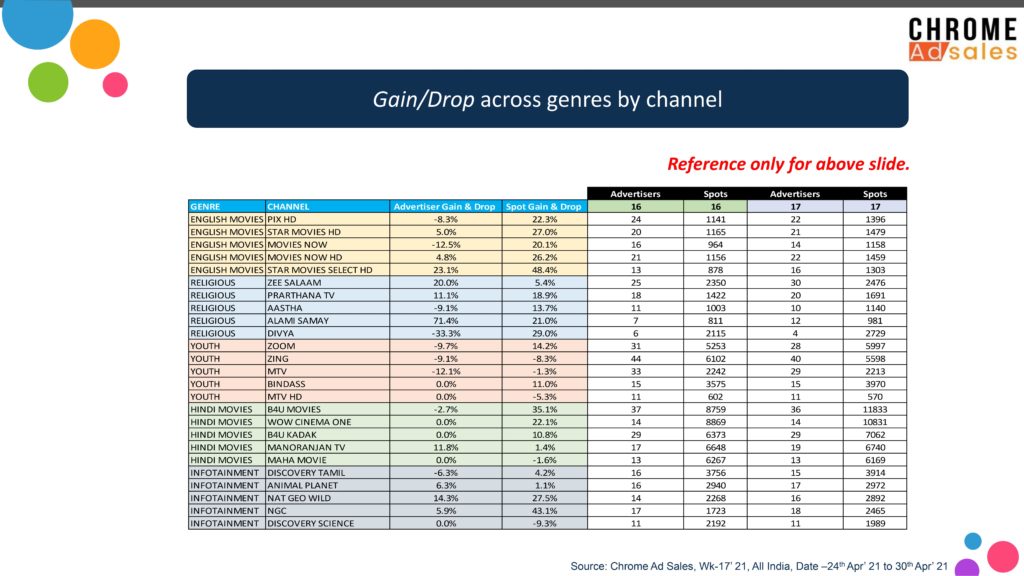 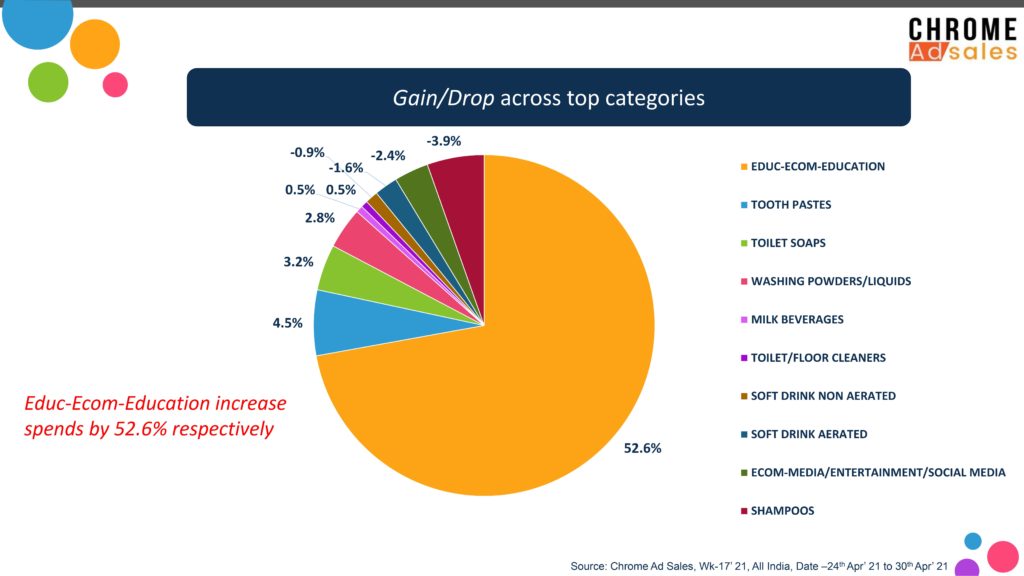 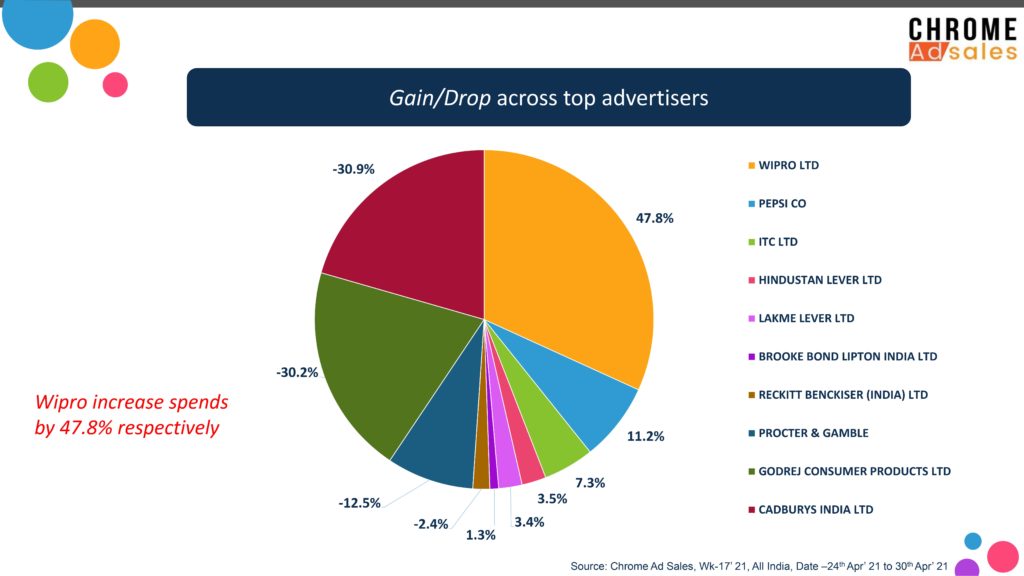 During Week 17 Wipro increased its spending by 47.8%, followed by Pepsi that increased spends by 11.2 %.

On the other hand, Cadburys India and Godrej Consumer Products decreased spending by 30.9% and 30.2% respectively during Week 17.