Children’s Academy, Thakur Complex, Mumbai was announced the winner at the Grand Finale that was organised online for getting the highest score of 44. The students from the winning team were Tanvi Kamat, Rahil Gandhi, Gouri Thakur, Palaash Jadav, Riya Godbole, Prapti Jani, Adwik Gore and Saili Narvekar led by teacher Jahnavi Sanghavi.

27 schools from across India took part in the Zonal Rounds of the competition. School teams compared India with two other countries on certain parameters and also shared their perspectives and ideas on seven questions that were shared with them. The teams were evaluated on parameters such as the quality of their research, analysis and ideas, their answer to the Chief Guest’s question, and adherence to the time limit. 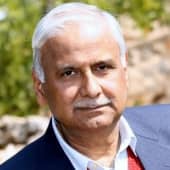 Jagdeep Chhokar, Co-Founder and Trustee of Association for Democratic Reforms and Director In-Charge of IIM Ahmedabad, was the Chief Guest. He said, “I was very happy that every single group that took part in the contest highlighted the importance of the contribution of citizens in shaping democracy. We need to internalise the fact that we are responsible for everything that we see wrong in the country.”

“We must decide what it is that we can do to improve the lot of our country and our neighbourhood. We must then strive to persuade at least a few people around us to take the concept of citizenship seriously, to become more alive, active and responsible citizens,” Chhokar said. 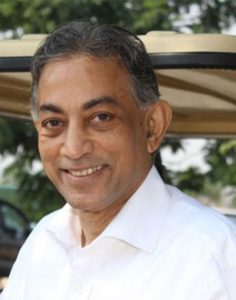 Vallabh Bhanshali, Founder of Desh Apnayen and ENAM Securities, said, “All our programmes aim to create ACTIZENS – alert, informed and active citizens. We are delighted to see young students putting in the effort to learn more about democracy and reflect on how they can strengthen it as citizens.”