There’ve been many campaigns saluting heroes from brands wearing their hearts on their sleeves, and in all sincerity. The Little Big Heroes campaign from K Raheja Corp is another such sincere salute to the unsung heroes doing more, and selflessly, than any locked-in person could ever imagine.

What we like about this campaign is a mix of two things — the wonderfully composed, written and brilliantly sung song that the second good element, the well shot visuals, are exquisitely cut on the track.

The entire concept and execution have created a tribute to those serving at the frontline in the midst of a pandemic that has ravaged the lives of all, and since 2020, has changed our perceptions of our front-line workers.

While the K Raheja campaign thanks the front-line workers, it also thinks about the crucial roles played by the ‘Little Big people‘ like drivers, security guards, milkmen, and house-help, from the perspective of: Have we ever wondered what would happen if they didn’t show up? 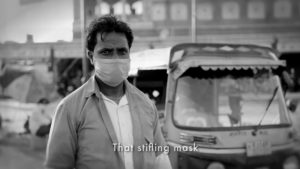 So this tribute is a lovely visual ode to those who show up each day, despite the odds. It’s from realty major, K Raheja Corp, which seeks to recognize and thank wonderful people for all that they do, and their ‘Little Big’ efforts.

KRC’s in-house team conceptualizd drove the campaign. But we were unable to find out who sang, wrote and composed the song, which is the heart of this  film. 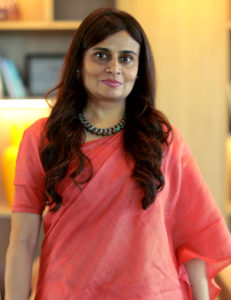 Urvi Aradhya, CHRO, K Raheja Corp, says, “The catastrophic surge of Covid-19 cases across the country has directly or indirectly impacted each one of us.

“Through this tribute, conceptualized by our Communications team, we wanted to thank not just our frontline warriors, but the many essential support warriors who may not come draped in PPE kits, yet show up to work each day, and write a new chapter of humanity,” Aradhya says.

This is one of many company-wide solidarity initiatives undertaken by K Raheja Corp group. From extending support for Covid-19 relief by supplying oxygen concentrators, to aiding multiple local authorities, municipal corporations, and non-profit organizations, in procuring essential medical supplies, involvement has been consistent. 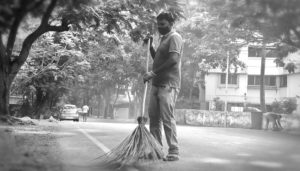 The group has also recently set up a centralized 24×7 Covid War Room backed by a team of employees committed to assisting people in need. Additionally, they are also encouraging their employees to Time Off for Volunteering to peruse community service.