Sony MAX2 is presenting its fans with an opportunity to celebrate Shahrukh Khan’s birthday throughout the entire month of November, especially with some of his most memorable roles from the 1990s.

Sony MAX2 the iconic Hindi Movie channel that has garnered a love for showcasing iconic Indian movies are all set to bring to fans a robust line-up of Shahrukh Khan movies that not only promise to entertain but also touch every Bollywood fan’s heart.

Shahrukh Khan has traditionally won hearts for his romantic movies, but the superstar has been equally impressive while engaging the audiences in action and drama movies too. Here are some the best Shahrukh Khan’s 1990s movies that will make you sing – Baadshah hey Baadshah! 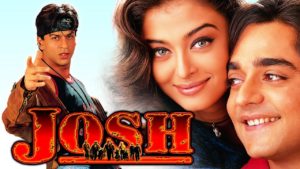 Okay, we are making an early exception here just like Shahrukh Khan did in this film. While we have promised to list down the best 1990s movies, Josh, which released in 2000, is a treat to all SRK lovers, according to us.

Shahrukh’s character ‘Max’ is a pure delight to watch as the sometimes happy, sometimes gruffy gangster with a heart of gold. Besides enthralling us with his performance, Shahrukh also sang a song in the movie 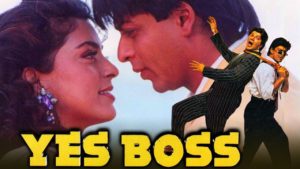 Directed by Aziz Mirza, Yes Boss touched everyone’s hearts with its melodious songs coupled with splendid performances from Shahrukh Khan and Juhi Chawla. We can still not get over…Main koi aisa geet gaaun…! Watch this romantic comedy on 20th November at 7 PM only on Sony MAX2. 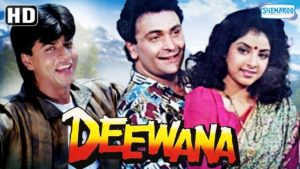 This Shahrukh Khan, Rishi Kapoor and Divya Bharti starrer packs a punch with an intense storyline and some great music. Get ready for a fantastic ride as a 26-year-old Shahrukh Khan will make you fall in love with him all over again.

We’re living for the scene when he makes an entry on the bike singing Koi na koi chahiye pyaar karne wala…! Truly the 90s were an amazing time in Bollywood history and SRK, was rightly called King Khan. 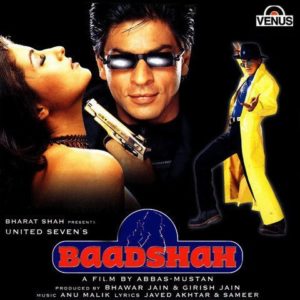 Fondly known as the Baadshah of Bollywood, Shahrukh Khan is sure to impress you with his comic timing, romantic scenes and mind-boggling action sequences, in this 1999 flick that also features Twinkle Khanna and Amrish Puri.