Tablets and smartphones are increasingly becoming the first go-to devices for content consumption. In addition, with the emergence of advanced technologies enabling smartphone or tablet users to access the Internet more easily, and rapid adoption of fast network services such as 4G services in developing countries, mobile Internet penetration is anticipated to proliferate over the coming years.

Although the cost of smartphones remains moderate due to increasing competition and innovation, these prices are expected to drop. Therefore, increase in mobile device penetration is one of the significant factors expected to boost the adoption of ad-supported video on demand content among users during the forecast period.

On the back of these factors, the Global Ad-Supported Video On Demand Market Is Projected To Progress At An Astonishing Rate Of 20% Over The Next Decade, Expanding Over 6X In The Mentioned Time Period.

Inclination toward online streaming services over traditional TV is one of the major factors driving the growth of the ad-supported video on demand market in the South Asia and Pacific region.

Next-generation video compression formats such as H.265 have already entered the mainstream, and such technologies are expected to improve the performance of video streaming, further fuelling the growth of the AVOD market.

In India, video apps are more typically consumed via mobile data, and the average session duration of this region is not far behind as compared to that of developed countries.

The media and entertainment sub-segment held a major share of the ad-supported video on demand market in 2019, and is also anticipated to maintain its dominance throughout the forecast period.

What Does the Future Hold? 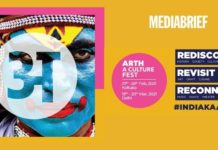