Amazon Karigar has launched a campaign that’s a heartfelt tribute to the hands that create a world for the world to look up and take notice — Handcrafted, With Love, created by Ogilvy India – South, captures the artistry of the Indian craftsmen. What evokes the earthiness, intensity and honesty of the karigar’s mix of sweat and exquisite talent are the manner in which Gulzar Sahab’s wonderful words and voice hold the beautiful visuals and with them, tell a beautiful story seamlessly.  (Just one sore point for a fan of creative excellence — in the credits, Gulzar Sahab’s name is the 12th in a list of 13. Really.)

Through a journey into the world of Karigars (Craftsmen), the campaign helps you romance the intricacies of the finest detailing in every craft. The artistry on display has been collated from different corners of India.

The campaign aims to bring forth the Karigari (craftmanship) by giving them the Amazon Karigar platform to showca se their products for people from all over India.

(We thought) why not create a film which in itself is poetry in motion? That’s when we deep-dived into their (the Karigars’) world, their craft and created 5 different worlds where our Karigars operate. But that wasn’t enough. The idea was to tie these visuals with a magical storytelling and who better than the Karigar of words – Gulzar Saab. He helped us describe these 5 different worlds with his spectacular poem and voice in the most Gulzar way: Manish Gharat

Conceptualized by Team Ogilvy India – South, the Handcrafted With Love campaign is directed by Rajesh and Vidya for Lucifer Films. 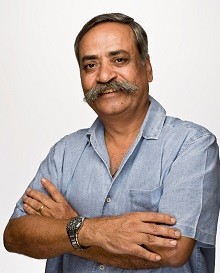 Piyush Pandey, Chief Creative Officer Worldwide and Executive Chairman India, Ogilvy, said, “I applaud Amazon’s effort to recognize the artists and the artisans that have made India famous for centuries. As a child I have been exposed to artists of various kinds due to the involvement of my sisters who wanted to promote fine artistes of every kind including folk musicians. And as a partner to famous Indian businesses like Pidilite (promoters of furniture artists) and Asian Paints (as promoters of the use of colour and paint in Indian household and cultures),  I am delighted by the effort of Amazon and my colleagues in Ogilvy South as well as the film makers who did ample justice to the magnificent heritage of art and craft in various parts of India.” 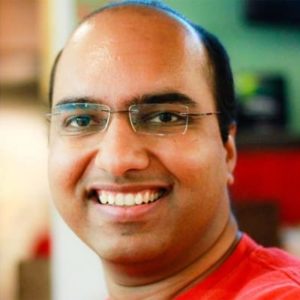 Pranav Bhasin, Director – MSME & Selling Partner Experience at Amazon India, said, “Karigar was launched by Amazon India in 2016 to enable artisan and weaver communities to benefit from e-commerce, and grow and scale their businesses in the process. The program has positively impacted lives of over 10 lakhs sellers that include weavers, artisans and craftsmen, and today over 60,000 products, including 270+ unique arts and crafts from over 20 states are showcased Karigar storefront on A.in. ‘Handcrafted, With Love’ is an ode to the undying spirit and exquisite skills of Karigars, artisans and weavers, many of whom are helping keep various art forms alive.” 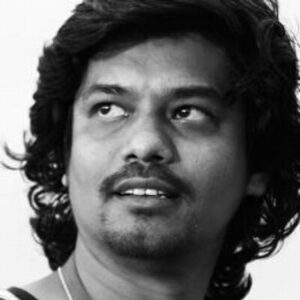 Mahesh Gharat, Chief Creative Officer, Ogilvy India-South, said, “The association of Amazon with Karigars from across India goes a long way. Over 10 lakh Karigars make lakhs of products, and Amazon wanted to introduce these Karigari to consumers. Mr. Varun Bharadwaj, our client,  saw the bigness of the idea and had the vision to make it big. That’s why he kept the brief simple – “tell the world the magic our Karigars weave with their hands, day in and day out.” That’s when we realized, whatever piece the Karigars put their hands in to create, it’s nothing short of poetry.

“So why not create a film which in itself is poetry in motion? That’s when we deep-dived into their world, their craft and created 5 different worlds where our Karigars operate. But that wasn’t enough. The idea was to tie these visuals with a magical storytelling and who better than the Karigar of words – Gulzar Saab. He helped us describe these 5 different worlds with his spectacular poem and voice in the most Gulzar way. Also, the creation of the set of 5 different worlds wouldn’t have been possible without the vision of Rajesh, Vidya and Gaurav and most of all the craft of production designer Sabu Cyril. These are the ones who brought the entire vision alive. When all of this came together, it seamlessly brought out the visual drama packed with oodles of emotion that pay a fitting tribute to our Karigars,” Gharat said.