Divo, one of India’s leading and well-established digital media and music company based out of South India has today announced their strategic content-sharing partnership with Airtel Xstream.  Divo, one of the largest enterprise content partners to various video platforms and OTTs in South India has partnered with Airtel, India’s leading multinational telecommunications services company to offer their entire Tamil catalogue of movies (old and new), exclusive premiers, on the Airtel Xstream app.

The Airtel Xstream app, which is available for free on Android and iOS, will now have a new channel within the app called, Divo Movies. The users of Airtel Xstream will now be able to watch exclusive Tamil content like movies, digital premieres, latest hits, and evergreen movies of leading actors like Rajinikanth, Vijay, Ajith, Simbu, GV Prakash and more. It will be the first exclusive channel catering to the Kollywood users of Airtel.

Divo Movies on Airtel Xstream will be available as standalone and bundled subscriptions along with recharges. The subscriptions will be priced at INR 30/monthly 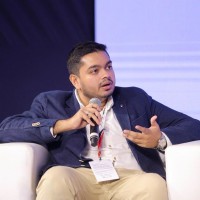 Shahir Muneer, Founder and Director of Divo, said, “We are glad to partner with Airtel Xstream to provide strategic content distribution of our Tamil catalogue. Currently, we have over 200 movies and we aim to add another 200 by the end of this year.”

“This partnership with Airtel Xstream is an unique opportunity as it opens up Airtel’s network and telco subscribers for us at Divo helping us reach out to more audience and also gives our content and our content partner’s a new window to monetise, which otherwise is restricted by the terms or licensing of OTTs,” Muneer added. 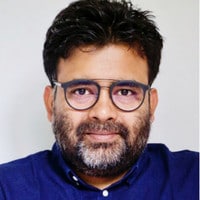 Sudipta Banerjee, Chief Product & Technology Officer, Wynk Music & Airtel Xstream App, said, “We’re excited to partner with DIVO movies and make a plethora of premium and evergreen Tamil content available for airtel’s 335 million+ subscribers. We aim to make Airtel Xstream app a hub for Indians to watch the content of all kinds and only pay for what they consume.”

Divo is one of South India’s largest movie rights and licenses holder outside of the major TV / Studio networks and provides distribution networks, licensing and channel along with exclusive movie premiers.