If there is anything the last few years have shown us, it is that cinematic excellence has no borders. From The Shawshank Redemption to Fight Club, some of the world’s most iconic films have been adored globally. To uncover which films fare best across the world Amberscript conducted a study to analyse some of the best films spanning 130 countries and seven decades

What are the highest rated movies produced by each country?

When it comes to our favourite films, many would be surprised to find out that the countries producing these films are different from what we anticipated. Amberscript found that there are a whopping 18,200 monthly searches for film production companies and their location. So utilising The Internet Movie Database (IMDB), Amberscript.com are finally able to reveal the highest rated film from each country!

Amberscript.com discovered that The Dark Knight is the highest rated film produced in the UK, with a rating of 9 stars. Interestingly, China’s highest rated movie is Green Book which was produced in 2018 and is a biography film!

Taking Mexico’s highest rated film with 8.2 stars is Pan’s Labyrinth! This is a modern-day fairy-tale that was set in rural Spain and produced in 2006.

Surprising findings can also be seen in Germany where the highest rated film is Fight Club (8.8 stars). Despite the film being set in Delaware in America, Germany is listed as the film’s country of origin.

Taking the lead as the highest rated movie on the list is the 1994 classic, The Shawshank Redemption. Hailing from the United States of America, this blockbuster holds a whopping 9.2 stars!

Following in second and third place is the Bangladeshi hit Mirror Game (9.1 stars) and Kosovan drama Zana (9.1 stars). These international hits beat other popular titles favoured in the West such as: The Dark Knight (9 stars), The Lord of The Rings: Return of The Ring (8.9) and The Good The Bad The Ugly (8.8). 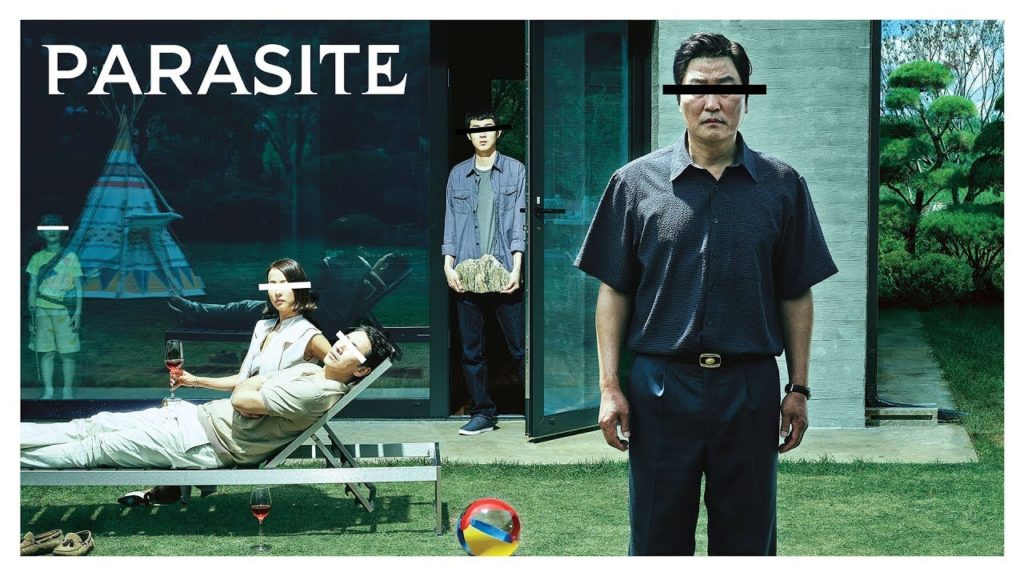 Despite only coming out last year, Parasite managed to climb its way to the top of South Korea’s list of films securing a well-deserved 8.6 stars.

Japan’s highest rated film Seven Samurai (8.6) just goes to show that some films only get better with age as this classic was released an impressive 64 years ago (1956)!

Despite many of the films listed winning major awards, the lower rated films among the list were found to mainly be from Africa; showing that there is still an area of film that many are yet to discover and enjoy. Amongst the countries with the lowest rated films include:

Being nominated for an award at the Cannes Film Festival and winning the Russian National Movie Awards wasn’t enough to stop Liechtenstein produced film Paris Je T’aime being among the lowest rated film on the list with just 7.2 stars.

The same can be found for Luxembourg’s short film Mr Hublot (7.2) which won the Academy Awards, 3D Creative Arts Awards and American Short Film Awards in 2014.

What is the world’s favourite film genre?

Drama: When looking at Amberscript.com’s findings, it’s clear to see that the world’s favourite film genre is drama with 48 of the highest rated films falling into this category. Some of our favourites from this genre were: Capernaum (8.4), The Secret in Their Eyes (8.2) and The Seventh Seal (8.2).

Biography: Our third favourite film genre is biography, with 15 of the highest rated films being of this genre. The Pianist tops the list as our favourite biography film with 8.5 stars, followed by Lion of the Desert (8.4) and Downfall (8.2).

Universally, Western, fantasy and romance seem to be our least favourite film genres, with only one film from each of these genres ranking as the highest rated across the 130 countries analysed.

Which year were the best films produced in?

Ambersecript.com discovered that we are slowly steering away from the classics as 97 out of 130 of the highest rated movies have been produced within the last two decades.

With platforms such as Netflix, Amazon Prime Video and Hulu giving us newly released films at the touch of a button, it’s no surprise that classic films are being forgotten about.

The film with the highest rating is The Shawshank Redemption (America) – a film based on the novella by Stephen King – with an IMDb rating of 9.2 stars. It beat other well-known movie titles, like The Dark Knight (9 stars) and The Lord of The Rings: The Return of The King (8.9 stars), to the top spot.

The lowest rated film on the list is Wrong Cops (Angola) – a 2013 French-American independent comedy film – which came in with just 6 stars out of a possible 10.

The most popular film genres

Amberscript also sought to find out which genres seem to be the most highly rated by users on IMDb. Drama films make up the majority of the top-rated movies around the world — 49 to be exact, which works out to be almost 4 in 10 movies! Drama is followed closely by comedy (19) and biographies (15). Interestingly, no horror movies featured on the list.

The following only had one film representing each genre:

Which films are the highest rated per genre?

Which films are the highest rated per genre? Amberscript has the answers:

The most popular action films:

The most popular adventure films:

The most popular animation films:

The most popular biography films:

The most popular comedy films:

The most popular crime films:

The most popular documentary films:

The most popular drama films:

The most popular war films:

An oldie but a goodie?

Interested to find out whether the world prefers contemporary films or the classics, we found out which decade has the highest rated films, and which film is the “best”, per decade.

The oldest film on the list is Albania’s Skanderbeg, released in 1953, followed by Seven Sumarai (1956) from Japan, and The Seventh Seal (1957) from Sweden. The newest highest rated films from 2019 include Kosovo’s Zana, South Korea’s Parasite, and Spain’s 1917.

Highest rated film of the decade: The Good, the Bad and the Ugly (1966), Italy

Highest rated film of the decade: Lion of the Desert (1980), Libya

Highest rated film of the decade: The Shawshank Redemption (1994), America

Using data from the IMDb website, Amberscript sought to find out the most popular film to come out of each country. The site’s search option enables you to filter film titles by country to see a list of all films produced, filmed or credited in that location. Only films with a minimum of 1,000 votes were considered, bringing the total number of locations considered to 130. The films were then sorted by the number of votes descending and the film with the highest rating was taken as each country’s highest rated movie.

Amberscript then sorted the movies by the number of public votes on IMDb. The film with the highest rating for each country was taken as their highest-rated movie. All data was collected between September 29th and October 1st, 2020.

The full study can be found here