As per Ormax Media, the specialised Indian media consulting firm which tracks viewership figures of the top releases across major platforms, all the recent premieres of ZEE5 have featured on their list of most loved, watched and appreciated OTT films and series.

For the category, ‘Most-Liked Indian Direct to OTT Films (all-time)’ which is based on Ormax power rating, Kaagaz is on #6 and State of Siege: Temple Attack is on #7.

Starring Pankaj Tripathi, Kaagaz is satirical drama inspired by the true story of a man who is declared dead as per official records, but he decides to fight the system to prove his existence

Marking Akshaye Khanna’s OTT debut, State of Siege: Temple Attack is inspired by true events and is a heroic tale of the NSG commandos who step in to save innocent people when terrorists capture a temple in Gujarat and hold innocent people captive

In the ‘Top OTT Originals of the week, based on buzz in India’ category, Dial 100, a suspense thriller starring Manoj Bajpayee, Neena Gupta and Sakshi Tanwar has consistently featured on the list week on week in the month of August (premiered 6th August on ZEE5).

Additionally, in the week of August 13 to August 19, Vikrant Massey and Kriti Kharbanda’s 14 Phere featured on #7. The romantic-comedy movie has the drama and chaos of a typical Indian wedding but multiplied by two as it revolves around Sanjay Singh (Vikrant), a ‘rajput’ from Bihar and Aditi Karwasra (Kriti), a ‘jat’ from Jaipur and their love story, adventures and misadventures.

Popular television shows which consumers can watch for free on ZEE5 / BeforeTV on ZEE5 Premium – Kumkum Bhagya and Kundali Bhagya have featured week on week under the category of ‘Most Liked Hindi TV shows of the week’. 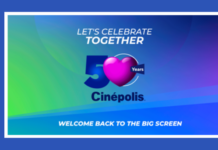 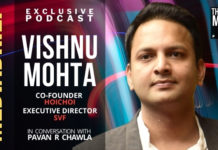