Actor Anuj Sharma, known for his popular characters on screen, has now teamed up with 2baconil India’s 1st Nicotine Transdermal Patch by Rusan Pharma in an Anti-Smoking movement for the State of Uttar Pradesh(UP).

UP has a large vulnerable population, with nearly 35.5% tobacco users (Smokers 13.5% , Tobacco chewers 29.4%), and hence is an ideal market for this movement. Rusan Pharma’s brand 2baconil®aims to empower the tobacco users to quit tobacco with their movement #JeetoKhudse.

Anuj Sharma,  Actor, said, “I have associated with the movement JeetoKhudse to help create awareness amongst the younger & older generation about how harmful it is to consume any form of tobacco. Given my profession, though sometimes our screen characters portray smoking/chewing tobacco as a part of their role & sometimes we tend to carry forward these habits in our real life as well.

“I personally feel it is my responsibility to shed some light on the ill effects of tobacco consumption & help myself personally & others for the better. Through the JeetoKhudse movement by 2baconil®, I would like to motivate people that it is possible to quit,” Sharma added.

The campaign includes a launch film featuring Anuj Sharma, wherein he encourages tobacco users to take the pledge to win against the habit. Easy to understand video guides in English & Hindi explaining how the 2baconil® Nicotine Patch Therapy works have been launched.

The objective of the campaign #JeetoKhudSe is its 90 Days Quit Smoking Challenge – with the primary purpose of motivating the tobacco users to quit their habit. The 2baconil®Nicotine Patch a part of Nicotine Replacement Therapy (NRT)is a 90 days(12 weeks) therapy, with 3 strengths available of 21mg/24hrs, 14mg/24hrs & 7mg/24hrs.

“Rusan Pharma was the first company in India to indigenously develop & manufacture the Nicotine Patches. Our aim is to help the tobacco users to quit successfully. 2baconil® is a Step Down Therapy over 90 days (12 weeks), helping the users wean off nicotine slowly & steadily.

“The patient compliance increases with the 2baconil® Nicotine Patch as opposed to oral NRT’s such as the nicotine gums. Through the JeetoKhudse movement, we would like to help motivate & support the tobacco users to quit their habit & lead a healthy life,” Saxena added.

2baconil® has always positioned itself as a strong support system for smokers and tobacco chewers to help them quit smoking. The brand communication has always been motivational and inspirational.

It encourages tobacco users to complete its 3-month therapy, in order to increase their chances of successfully quitting. Once a person applies the patch on their skin, remedial nicotine gets delivered using the SmartTimeRelease Technology over 24hrs. Thus reducing the urge to consume tobacco. 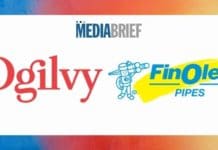 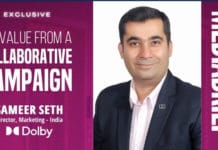 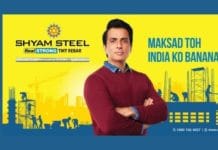